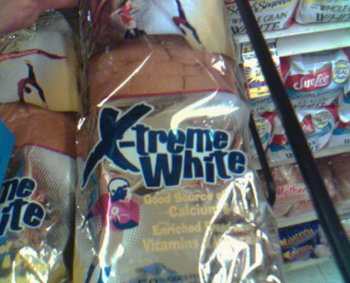 None of our clients sell products. They all sell "solutions". As in, they don't sell paving stones. They sell "driveway solutions."

My former boss would literally make up names using buzzwords for my position whenever the need arose, I think the one that stuck the most was "Special Projects coordinator." My job consisted of making invoices and putting shit in boxes.

The term 'data mining' makes me irrationally upset. Unless your writing your database queries 3000 feet underground with questionable amounts of oxygen then quit glamorizing the fact that you are writing reports.

Ugh, my employer just got suckered into the 6 Sigma cult and I was lucky enough to sit through a few months of 150 page Powerpoint presentations that nearly drove me insane. For those not lucky enough to have been graced by the 6 Sigma fairy, imagine all the buzzwords you can handle with the added fun of bullshit graphs, math and statistics.

I'm fairly sure there's a special place in hell reserved for the people that sell this bullshit.

I probably heard the word "consolidate" a million times at my old job. I suppose middle management needs these things to sound important.

Every time some ad network contacts me to try to get their shitty ads on my site, I have to read the phrase incremental revenue. I still have no idea what they are trying to say. Isn't all revenue "incremental", or are there really businesses out there that make all of their money all at once? Stupidest term ever.

Meetings aren't called "meetings" at my office, they're "workshops." God dammit, this makes my skin crawl.

When my boss (former military) needs people to come in on the weekend, he tells us that he needs "more boots on the ground". It's a web design company, but he's trying to get us to bond like we were a band of brothers or something.

'Best Practice' has reared its ugly head a few times over the years for me. It's such a retarded obvious unnecessary term, it shouldn't exist.

I'm not in an office yet but I hear it too often from people trying to sound official and smart.

I used to work for a company where dropping buzz words into conversations was not just the norm, it was considered mandatory.

All the favourites were used on a daily basis (synergies, leveraging, running things up flag poles...) but my all time pet peeve was the "low hanging fruit". I was once involved in a management think tank (which I think was actually called a Blue Sky Session) where I got to the point of having to tell the other participants that the next person to mention "low hanging fruit" was in severe danger of losing THEIR low hanging fruit!