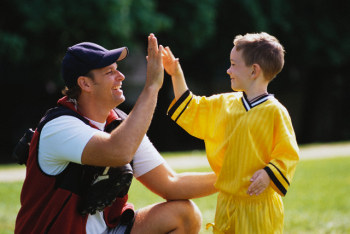 My mom saw a horse with a hard-on and said "You'd like to be hung like that huh?" It was quite odd. I pretended to ignore it but I ended up asking her to never repeat anything like that again.

So I filled in all the forms, withdrew some cash from the bank, and put it in an envelope.

I must have accidentally left it somewhere around the house because my parents found it.

The Nautilus file browser in Linux automatically thumbnails image files. I had hello.jpg (you know the one) saved in my /home folder. I was messing around in there, organizing files, when my mom came in my room and asked me something about my car. I started to answer her, then I realized that she was looking at my computer screen. I wondered what could have grabbed her attention, then I realized what was still visible in my /home folder.

My mother busted out a good one about a year back when I was still living at home. During a very ordinary Sunday dinner, she starts making small-talk with me, then segues it into a question of "So, have you met any nice girls lately?" I told her no, and she follows up with a "Oh well, you should try to find one, then you could bring a girlfriend over for dinner sometimes. Or a boyfriend, that's OK as well!"

My fork paused halfway between the plate and my mouth as two of my three younger siblings burst out laughing. She then turned to my dad and asked "Honey, it would be OK if he brought home a boyfriend, right?" The glances I exchanged with my dad were awkward as hell.

A few days later she approached the subject again when I went to the library with her and told me that it would be perfectly OK to fall for a guy if I wasn't into girls. It is nice to know that I have support from home, but dammit I didn't expect it like that.

It was 1997 and I was around seven or eight. Our family, with our beastly Pentium II Windows 95 PLUS! computer decided it was high time to get that new fangled Internet everyone was talking about. I like going on the official M&M's website (I think it was spelt out m-ms.com or something), and I was still an innocent little kid.

The reason people think I'm "so darn smart with them there computers" is because I was fascinated with this machine and still continue my love of computers and networking with up-and-coming college classes. I had no idea what I was doing and was messing around in folders such as SYSTEM32 and some others I can't really remember right now (using Linux, my head gets foggy with old details).

Here's the kicker - I start searching around the personal files, then move onto IE's cache. And I find this... odd... movie.

Let's get this straight; I'm seven years old, and as far as I'm concerned, a stork brings children to the world and men and women never do any sort of interaction to produce a child. So here I am watching this .mov of this man and this woman making these weird clap clap clap sounds against their skin, naked, and this woman is obviously screaming because it just hurts so much.

I go to my parents and explain the best I could (making the clap clap clap sound with one hand hitting my arm), and that these people were hurting each other while they were naked. They looked at each other, kind of a concerned look if I remember correctly, and my dad shouts "WHO WANTS ICE CREAM!?" and of course I say "FUCK YEA I WANT SOME ICE CREAM" minus the 'fuck yea', but if I knew better I'd use that naughty word around ice cream.

Years later and I still remember this. The other night I brought it up.