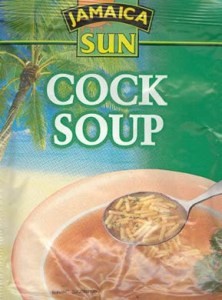 A few years ago I filled a stockpot with water and set it on the stove, turned the burner to high, and went to watch TV while it came to a boil. Several minutes later a strange glow attracts my attention coming from the direction of the kitchen. Then the fire alarm goes off. Like an idiot #1: I'd turned the wrong burner to high. Like an idiot #2: The wrong burner had a stack of newspapers on it waiting to be taken out for recycling. Three foot flames were shooting up and melting the laminate on the cabinets above the stove. I had a fire extinguisher, thankfully, but trust me cleaning fire retardant powder from every nook and cranny in the kitchen is a LONG process.

Tale #2. I'd finished reheating frozen soup, so I pulled the saucepan off the burner to let it settle down for a minute. A few minutes later I came back to the kitchen to get a bowl - soup's still too hot, so I put the bowl (heavy glass bowl) down on a cool burner to come back later and pour. Five minutes later I came back, started to pour the soup into the bowl, and the bowl exploded. I was wearing shorts and got not only hot soup on me, but glass shards embedded in the tops of my feet and ankles. Yeah, I not only put the bowl down on the wrong burner, but left the damn thing on medium after taking the saucepan off the stove.

Years ago I was out of milk to eat with cereal so I decided it was a good idea to use a can of Pepsi. Captain Crunch and Pepsi tastes horrible and feels horrible.

One time, my friends and I decided to have our own Thanksgiving dinner since we ended up with a free turkey. Did you know that there are two things of giblets that you have to take out? I didn't. We took the neck out of the main part of the bird and moved on to making the broth. We had forgotten to get stuff to make broth, so we figured some water and ramen seasoning would work, along with some oregano and other Italian seasonings we found. One of my friends also had the idea to stick an apple in the opening of the turkey's cavity. I called my mom about an hour or two into the cooking to make sure we had done everything correctly and she told me about the magical bag of guts that we had to cut into the hot turkey to get to. Then she asked if we had rinsed out the inner cavity. Oops. We just made sure not to eat the stuffing from inside our turkey. We should have mentioned that to our other guests, though. The turkey itself turned out just fine, surprisingly.

When I was a lot younger, I wanted to make a loaf of chocolate bread. I was halfway through mixing the ingredients when I realized I didn't have yeast. It's such a small amount, it can't be that important! It took me several minutes to break off even a small piece of bread and several more to choke it down.

I was cooking some of my WORLD FAMOUS home made beefaroni. I had just finished browning the beef and whipping up the sauce and whatnot, combining it into a delicious meatsauce for my macaroni. As I was seasoning it, I reached for some garlic salt. Well, this particular canister didn't have a sprinkle top. About a quarter cup of garlic salt goes right into the sauce and dissolves like quicksand. I just stared in shock for a split second, then tried to scrape some out to no avail. I finished making it anyway and it tasted like licking the stern of a fishing boat. So fucking pissed.

One afternoon my seventh grade self decided to whip up some delicious chocolate chip cookies. However, one key ingredient was missing: butter. In a flash of genius I decided that the oil sitting on top of the fridge would make a fine substitute. After the cookies were done baking I took them out of the oven and thought that they might've looked and smelled a little greasier than your run-of-the-mill tollhouse cookie, but decided to throw caution to the wind and have a bite.

It took me a while to figure out what had turned what was supposed to be a wonderful afternoon snack into a culinary oddity. I used my mom's lovingly-saved frying oil with all it's chicken-y goodness trapped within. Never again.