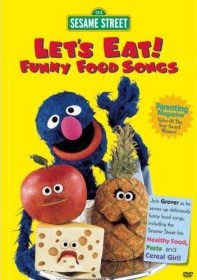 Hot chilli peppers are not meant to be sauteed.

I was making myself a delicious dinner of sauteed veggies. Very easy, just grease pan with butter, throw in veggies in order of cooking time (onions and peppers first, then the zuchinni, then the mushrooms and pinch of sunflower seeds), adding white wine as you go for flavor.

My friends are culinary 'masters' of their own kind, and like to season steak by dumping the entire contents of my spice cabinet on said meat. They, on a whim, bought some chilli peppers. I saw the peppers, and decided, 'Hey, I'll spice up my dinner a bit!'. I slice up one of the small ones, and throw it in with the onions.

Five minutes later, I'm wondering why my eyes are watering.

Seven minutes later, the air is.. burning. Huh. My eyes are watering. I touch my eyes.

Eight minutes later, I'm outside with the hose blasting my face, wondering if I'll go blind. See, the pepper oil was still on my hands when I touched my eyes.

After trying to rinse some of the burning evil off my face, I realize the oven is still on. I run in the house, coughing at the noxious, invisible cloud of peppery death I have inadvertently created, turn off the stove, open all the windows, and throw the mess in the garbage. My nose and ears are really burning at this point, and before I even realize it, i'm digging at both with still pepper oil covered fingers.

So. I'm half blind, most of the holes in my head have been tainted with chilli pepper gas, and the house is now full of low strength mace. I run back outside to my friend the hose.

I sat with the hose on my face for a good ten minutes, and went back inside with a spare respirator to check the damage. It was another ten before I could breathe without the respirator, and this was with every AC on in the house, every window open, and copious amounts of fanning and cursing.

And that's how I made pepper spray for dinner.

Attempting to make a batch of simple ice cream for my old lame-ass cooking course (which also included other such brilliant chapters as how to break apart a full chicken... and nothing else. No cooking instructions). I'm pretty sure all it involved was milk, vanilla extract, and cream of tartar. Didn't have any cream of tartar.

Turns out, the cream of tartar is what prevents the ingredients from separating overnight. End result: frozen milk with a thin layer of knock-you-dead vanilla extract on the bottom.

I actually ended up finishing most of it off after I got over the initial shock. It certainly wasn't ice cream, but almost tasted like a viable foreign dessert of some kind. Not a very good one, but edible nonetheless.

In high school I worked as a DJ at a radio station on weekends and holidays. It was a brand new studio with a fully-loaded staff lounge. The only problem was that the people sucked so I switched to work at the other station in town; nicer people but wicked old studio.

It was my second week working there and I had the afternoon shift on a Sunday. My family was out of town and I was out of money so I brought a frozen pizza to work with me. around 1:30 or so I took it out of the fridge and went to put it in the microwave.

No microwave. What the fuck? There has to be one, I swear I saw one. Nope. Even though this was all the way back in 1989, there should have been a fucking microwave but there wasn't. So now I am hungry and broke trying to figure out what to do with this frozen pizza.

I put some paper towels on the glass, put the pizza on it and cranked it up for like 500 copies. When the paper ran out I put it back in the tray. A little while later I had a bunch of paper to throw away and a soggy pizza (no, it didn't work).

When I came to work a week later there was a memo for the Part Time staff that the copier was not there for their personal use. That was my introduction to copy machines that have counters on them.

I once failed at pudding. It was the Jello variety you mix with milk and then cook on the stove. I was 13 and must have had the stove on too hot, and the bottom of the pan ended up honeycombed with blackened pudding. I was so embarrassed, I put the awful pudding in the fridge and hid the pan in the VERY back of an unused cupboard. I was visiting my dad for the summer, and I was leaving in a few days, so I just kept begging for ice cream, so we wouldn't eat the pudding while I was there. The day after I left, he remember "Oh, pudding" and ate a big heaping spoon full. He didn't find the pan until he moved out three years later.

However, right after my parents got divorced, he tried to make pancakes with regular flour. They were like ceiling tiles, so at least my culinary incompetence runs in the family. He also tried to show us one time why he wanted to buy the supposedly unbreakable Correll plates, rather than the pretty china ones. He demonstrated his reasoning by taking the Correll display plate and dropping it onto the Target floor, where it promptly disintegrated into sand with a noise like a gunshot.

I tried making fried mashed potatoes once. Their consistency changed to something along the lines of freshly mixed plaster.