Nothing captures the wild, unleashed spirit of heavy metal like a multicolored butterfly guitar. Made from children's party balloons. 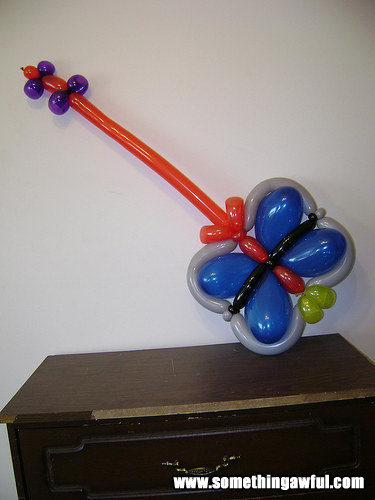 Here are some balloons from something called The Orange Box, which I think were a British pop band in the 80s that released the album The Circle and The Square. First of all, here is a delicious cake, which is quite clearly NOT a lie. 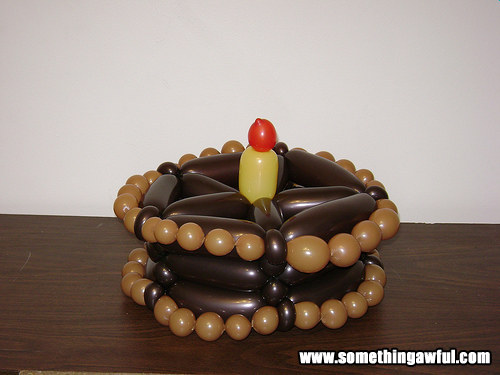 There was also an unweighted companion cube made for your pleasure, complete with black hearts. 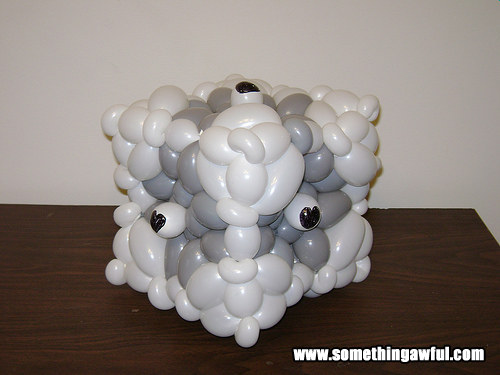 Now here's a Chocobo, which was inexplicably left out of the Final Fantasy movie. 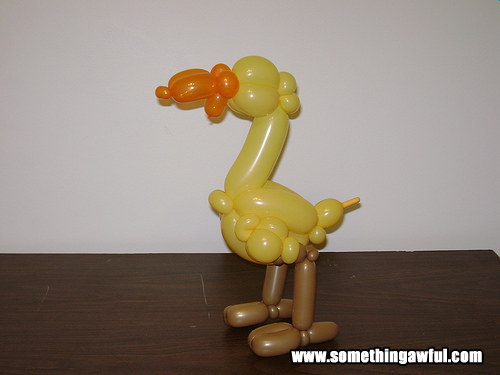