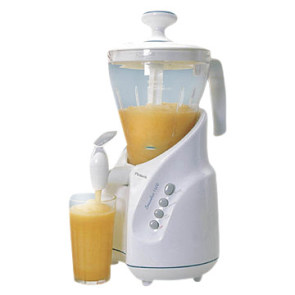 My first day of college, as a freshman a cute redhead said hello to me as she was leaving a building, and I turned, couldn't think of what to say, and walked right into the door.

I was very young, first girlfriend. We had only been "together" for a couple of days and we decide to go into the city for a bit and doss about. Being the considerate boyfriend that I was I took her to Game (a UK computer games shop) and showed her around the Amiga games section (that's how long ago it was). Not particularly smooth to start with. She was obviously very, very bored as I picked up copies of Wing Commander IV and Lemmings 2 or something, so she turned me round and goes in to kiss me.

This was my FIRST real kiss, and here it was - happening in Game, in-between the Amiga section and SNES titles. OH MY GOD WHAT DO I DO? SHES KISSING ME WHAT DO I DO? I was totally off guard.

It lasted about 6 seconds and I was the one to pull away. This was the moment to say something cool, ditch the computer games shop and take her somewhere fun.

I looked her straight in the eye and did the "extra life" music from Sonic the Hedgehog. I don't know why - I panicked and tried to be funny or something.

She just looked confused. It went downhill from there and I broke up with her a couple of weeks later.

I was working as a camera operator for a late-night gambling channel [roulette yay!] and we had the standard fare 'pretty girls in low-cut dresses' presenters. After about two hours of using the same shots again and again it begins to get routine and the mind starts to wander. I'm sat looking at the girls thinking 'Mmmm...Boobs boobs boobs' when I suddenly get "CAMERA 2, WHAT THE FUCK ARE YOU DOING?" yelled at me over the talkback system. What was I doing? Not only thinking about boobs, but also pulling a slow zoom in towards the aforementioned cleavage. On our live feed, before they cut-away.

That presenter quite rightly thought I was a complete sleaze after that.

I'm on an exchange to Belgium, and unsmooth moments are even "unsmoother" when you're learning a new language. Turns out "Je t'aime" and "Je t'aime bien" have a pretty important difference. "I love you", as opposed to "I like you".

This kind of thing would be useful to know BEFORE you tell the hot foreign girl who has a crush on you that you "love her" when you've only known her for 3 weeks...

My girlfriend, who is a small girl, was a bridesmaid in her college friend's wedding a few months ago. She had to get her dress fitted, because even though she got measured initially, they sent her the wrong dress and it was gigantic.

She laughed it off, but has made fun of me for that since.

A new girl transferred to my school, and we talked for a while outside, after school. She started talking about her brother, and said "Yeah, my brother is the total opposite of me. I play video games, he skateboards. I listen to country, he listens to rap", and I say "Yeah, he must be adopted, huh?" And then she gives me a serious look and says "Uh, actually, we were both adopted from different parents."

Yeah, that was a little awkward.

Wow! I haven't seen a bunch of individuals this awkward since my time in prison. Even some of the rapists had better social skills when dealing with girls than our forum goons. Hopefully we can all learn something from this article, even if it's a lesson as insignificant as "don't make fascist gestures in public places". Thanks to the forum goons for opening their hearts and letting us derive pleasure from their madcap moments. Next week's Comedy Goldmine will feature a little baby dressed up against it's will. The baby is crying and to the people watching that just makes it cuter. The cruelty will seem trivial now, but will forever scar the child causing mental difficulties in later life. Join me next Tuesday!