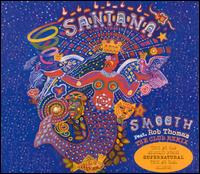 Ohh geeze, I think last year was my unsmoothest in history. I just had gotten out of a really weird relationship and of course you know the only way to get something like that out of your head is to put yourself back out there in the dating scene.

But yeah I don't know what it was, maybe my confidence was shot, maybe I just reeked of desperation but every girl I tried to get to know to ask out just completely and utterly bombed.

Now I can look back at it and laugh at it, because I knew I wasn't making girls hearts melt with my terribly awkward jokes and my overly-cocky attitude that came out of just being bummed about having to break up with a girl that I invested too much emotionally in.

Exhibit A.
Girl in my comm class. We hadn't really talked that much except the stray conversation about class, etc. So you know I thought we were perfect for each other. So as we are walking out of class one day I asked her if she wanted to grab a bite to eat and she kind of hurries off while saying something about she's got to get to another class. I just stood there and kind of shout "Damn you" at her. I thought it was haute comedie, she never really spoke to me again.

I had picked up this girl for a date one time. She was way out of my league, but I somehow managed to talk her into going, and I couldn't understand why. On our way to the restaurant I had suggested to begin the evening, we were stopped at a light next to an H2, and she looks over at me and asks "do you want a Hummer?"

I initially thought to say something crude, but then I replied, "not that kind, those are for pansies. Give me an H1 if anything."

Later on, I found out the girl was a huge slut, and I could have been getting road head on the way to the restaurant. Goddamnit.

My roommate that worked at Burlington Coat factory at the time brought one of his co-workers with him to our house since we were partying. Now this fucking chick was heinous looking, just awful. About 15 beers later that bitch started looking good to me. So later that night I take her to my room and bone her for about 45 minutes.

Afterwards she asks me, "Do you like to cuddle after sex?" to which I replied with an icy, "Fuck no."

I leave her in my room and go back out to booze some more. At this time it's like four in the morning and a few of my friends are still up, and we start playing beer pong. BIG MISTAKE!

I was still piss drunk before I even started playing, and proceed to lose each and every single game I played which was about six or seven games. I should add that everyone has different beer pong rules so in my house the losers have to drink the winners cups, and my roommates were playing me two on one.

I stumble my way back into my room where the Coat Factory whore was fast asleep. I got bare ass naked and got back into bed. I fall asleep and proceed to piss all over this broad and all over my bed.

Worst part was that I had to give her a ride home afterwards too. That was a shitty Christmas I'll tell you.

I ran into an old neighbor of mine at the video store once. I had always been interested in her and she had only gotten more beautiful since the last time I saw her. So we catch up and exchange numbers to get-together sometime.

I call her up one night and ask her out for a drink. I get the dreaded "Hold up, my boyfriend is on the other line." So of course my Rico Suave comes out and I exclaim "Ehh I'm more important than him, and better-looking too." I end it with some laughter as to put some awkward insurance on the statement if she was totally appalled.

Well of course, she doesn't laugh and there is about a 5 second pause followed by "Uhh...well hey, I'll uhmm give you a call uhh later on..." She never called. I wonder why.

I'm typically the personification of awkward, but since I've lived with it for so long, it doesn't usually bother me. However, when I first started dating in high school, I had a couple moments of idiocy.

My girlfriend was definitely not the most mentally balanced person, but I wasn't extremely judgmental (read: I was really desperate). One of the first things I noticed about her was how she always wore a ton of bracelets, like 10 or 15 at a time.

Being the scientist that I am, I immediately asked "Why do you have so many bracelets on? Is it to cover all those marks on your arm? It looks like you ran into a fucking blender or something."

I guess it wasn't too awkward because it literally took me a few hours to finally realize what all those "blender" marks were.

Another one came from the first time that I went into her house. At this point, I had known her for a little bit of time and she had never mentioned any siblings.

Upon seeing a bunch of pictures of some guy that would be about the right age to be her brother, "Man, why do you have so many pictures of that guy in your house? It's like a fucking shrine or something."