Hollywood has been stingy with the new releases this week ...which is a good thing. If Couples Retreat is the best thing the American film industry has to offer, it's probably best we don't see the runners-up. Regarding that movie, we received a strange e-mail from Donovan Laird, a film critic from the future who detailed his search for the island oasis on which Couples Retreat was filmed...and the consequences of following in Jason Bateman's footsteps. Also, resident Anglo Ian Maddison reviews The Damned United, a film aboutsoccerfootball (booo-ring); new Crazy Eight and proud American Robert Lee reviews a British export that's neither Earl Grey tea nor Ian Maddison himself; we introduce a new feature, Movies That Don't Suck, in which The Crazy Eights pimp some gems; and, as always, we tell you what DVDs to see and what DVDs to avoid like Sophie Lancaster jokes. 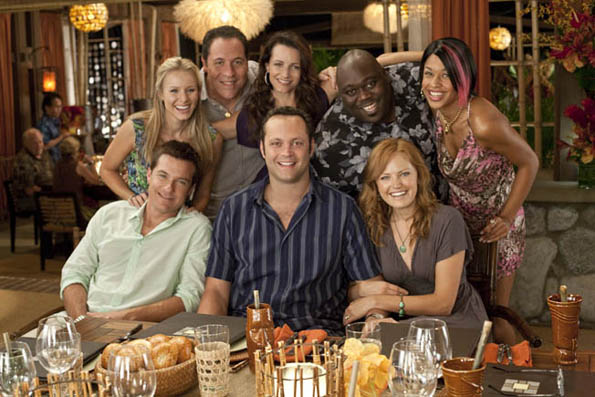 What kind of shit could these people possibly need to work out? They're as happy as radiation-free clams!

Couples Retreat: It must exist, IT MUST!

I found this copy of Couples Retreat in the burned-out husk of a Blockbuster Video. The back cover calls the film "The funniest romantic comedy since Forgetting Sarah Marshall." I wish I'd gotten that film also, but all of the copies were scratched or crushed under the irradiated body of what I can only assume was once the fattest store manager in America. I hope the box tells the truth. We could use a few laughs nowadays.

This week's movie, I'm sorry to say, is garbage. Every week, I brave the cannibals and frog monsters to bring you another piece of entertainment from beyond the containment zone, and every time I find a movie this godawful, it drives me a little closer to sticking my head into a ratbeast's mouth. I'm sure you all remember the classics I've uncovered since the sky went gray. Swingers? Leon: The Professional? Teen Wolf Too? Couples Retreat featured the stars of all of these movies, and yet it still somehow managed to do nothing interesting with them. Was it supposed to be funny? Serious? A documentary? I really can't tell. It sure as hell wasn't funny, that's for sure.

The movie seems to have been a fairly generic relationship comedy about three couples (Vince Vaughn/Malin Akerman, Jon Favreau/Kristin Davis and Faizon Love/Kali Hawk) getting duped into a week of marriage counseling by a fourth couple (Jason Bateman/Kristen Bell) promising a vacation at a gorgeous island resort called Eden -- a place Willem Dafoe and Charlotte Gainsbourg liked to visit as well, if I'm recalling my box synopses correctly. After a lot of hemming, hawing and general complaining about having to leave their wonderfully safe, food-stocked and radiation-free homes, they agree to go on the trip. Only when they get there are they informed of what is in store. This must be how marriages worked back before the bombs fell. The men acted like confused turkeys while the women made essentially all the decisions, which is ass-backwards if you ask me; would you trust your wife to brave a bombed-out grocery store full of wandering savages when it's you who will eventually have to rescue her from a life of slavery? I think not! Then again, I'm a film critic, not an anthropologist, so this movie is all I have to go on.

However, ladies and gentlefriends, I come to you tonight not only as your resident film critic, but as a man with a plan. You see, before the Irani-Franco-Swedish alliance bombed the lot of us back to the Stone Age, there used to be vacation getaways, island resorts so far removed from the rest of society that a cannibal crazy would have to swim a thousand miles to taste the human flesh waiting on the other side. I have seen such a paradise in Couples Retreat, and it is to that glorious destination that I'd like to propose an exodus from this nuked-out wasteland. It's hundreds of miles from the nearest landmass, let alone a United Nation, so it's almost guaranteed to be untouched by the mustard gasses, nuclear winters and spider hordes. I took a cue from the Bateman/Bell couple and mapped out our itinerary entirely based on the locations found in the movie, so hopefully we won't be too far off the mark. 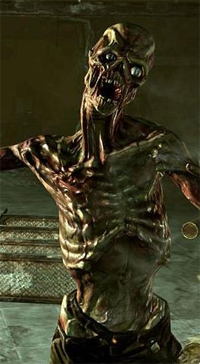 What right does Vince Vaughn have to bitch about a vacation when I see this kind of shit on every trip outside containment? Riddle me that, V-Man!

First thing's first: We've got to get out of Middle America. We should probably gather what supplies we can find at that Wal-Mart across the highway because suburbia is a dangerous fucking place these days. Steve, I realize that's where the crazies captured your children with beartraps, so I don't blame you if you don't want to go, but our parents and our parents' parents have been hiding out in this gymnasium for nearly a hundred years. Don't you think it's time we moved on and started over?

If the beginning of Couples Retreat is any indication, plenty of Americans are still holed up in their two-story dream homes with Colts, Glocks and whatever other weapons the Vince Vaughns of the world could get their dirty suburban hands on. If there's anything to be learned from the characters in this film, it's that suburbia kills and we need to avoid it at all costs. If we can just keep the shut-in descendants and the cannibals off us until we make it to the interstate, it should be a fairly straight shot to the ocean. I figure it'll take the whole party a couple weeks to walk the distance.

That leaves us with the forests and highways to worry about. Now, I'm not gonna lie, there are no forests or highways in Couples Retreat, so it'll be pretty touch-and-go until we get to the coast. We may encounter more cannibal crazies; we may find grotesque four-legged children; we may even find beetles the size of lawnmowers. If we should run into lawnmower beetles feeding off of straggler corpses, the best course of action is to heed the movie's title and retreat in pairs. Remember, people, strength in numbers. However, if we can make it to the coast without much trouble, I can pretty much guarantee you that we'll be able to rig up a boat and sail off to paradise. Provided we can find fuel, or hopefully a sailboat, it shouldn't be more than a few days out from the coast. Of course, if we can't find either of those things, you'd better be ready to paddle like a bunch of motherfuckers.

Once we make landfall on Eden, a tropical paradise untouched by humanity awaits! However, we must prepare for contingencies; there is no telling what we might encounter in a land so far removed from what little civilization is left.

It will be a journey fraught with danger, my friends, but if anything can be said for Couples Retreat, the island looks like a beautiful place to start a new life, one free of corpse-eaters, beasties ten times the size of what God intended, and that bitch Patti Reinhold.

Who's with me? If you have any questions or comments, you can find me under the bleachers.

No word from the Laird party yet. Donovan promised to come back for the rest of us if the island was the paradise he presumed it'd be, but honestly, I don't know what he was smoking when he cooked up this plan. Couples Retreat was a delightful movie, filled with the kind of jokes that appealed to Americans from a simpler time, Americans whose greatest concern was whether their Starbucks was hot or iced, Americans who could joke about sodomy instead of chancing such horrors with every trip outside of containment. Plus, it was nice to see vibrant colors instead of gray, brown and baby blood. 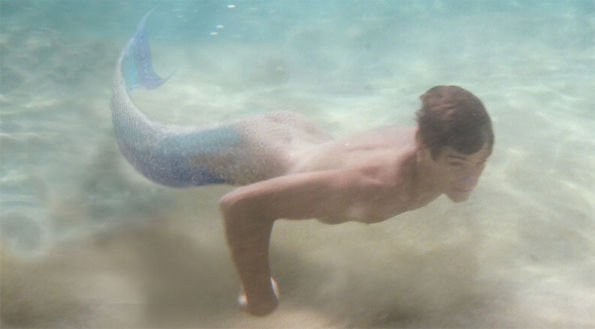 Oh yeah they may LOOK innocuous, but wait until they've enslaved your wife and ate a couple of your children!

It's cold. It's so cold. Who'd have thought such a beautiful island could get so cold in December?

I'm writing this from a cave on the southeast cape. The natives may have gotten Martha -- dearest Martha, I still remember our wedding day on the naked altar of a roofless church -- and they may have eaten our sons, but I managed to escape, an escape I will describe shortly.

I feel the gentle burn and nausea of radiation poisoning, but the Rad-X is gone. The food is gone. The natives are not the latently homosexual fitness instructors I was promised; rather, they're fish-people...fish-people who resemble Jason Bateman, Kristen Bell and Jaws. I guess at some point, when you're trying to propagate a race, you have to breed with whatever's available.

As for the escape: They all worship a boulder carved to look like young Pete Billingsley, so as the mer-men advanced as a violent horde, I told them my name was Ralphie and began quoting Couples Retreat. When they dropped to their knees in subjugation, I ran in the opposite direction, wisely avoided the waters and found this cave.

But I hear them coming...and Couples Retreat has but two quotable lines with which I can keep them at bay.