When in Rome; Edge of Darkness

This week, we receive another critique from the future courtesy of apocalypse survivor Donovon Laird, who takes a baffled look back at When in Rome. Meanwhile, back in the present, Ben "Slvbarek" Altenberg sheepishly approaches the Mel Gibson vehicle Edge of Darkness and quietly prays that Mel doesn't identify him as Jewish.

EXPECTATIONS: Thanks to the wonders of the free trade system (a.k.a. my buddies on the Smugglers' Trail), I finally got my hands on a copy of When in Rome, the long-lost romantic comedy from über-director Mark Steven Johnson. Johnson happens to be the director of my favorite movie: Daredevil. I love it because it's a parable about the positive things radioactive waste can do for the world. Granted, that's pure fantasy; as we now know, radioactivity turned out to be pure evil. But if When in Rome can do for romantic comedies what Daredevil did for isotopes, I'm in for a big treat!

REALITY: I...don't really know where to start. This is a truly baffling cultural specimen. I'm sure you've all heard the age-old expression "When in Rome, do as the Romans do," but if this is what the Romans did, then I am supremely confused. It's always been my understanding that the ancient Romans, and indeed even the six or seven brave souls still living in Rome today, were some of the most cultured and refined folk the world has ever known. Judging by this film, however, I can only assume that Rome was once a breeding ground for idiots and stalkers. 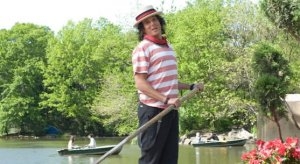 I understand that locations like this were very common in the good old days.When in Rome tells the tale of a workaholic named Beth (Kristen Bell), who travels to Rome for her sister's wedding. I guess Americans went to foreign countries to get married all the time back before everything went kablooie. Anyway, Beth ends up falling for the Best Man (Josh Duhamel), but instead of chasing after him, she drunkenly plops down in the "Fountain of Love" and starts plucking out coins. This, of course, results in the coins' owners falling in love with Beth sight unseen and clairvoyantly tracking her down. It's kinda like Daredevil, only swap out radioactive chemicals for coins and eyesight for common sense.

Once back home in good ol' New York City, Beth resumes curating an art museum, or as we call it these days, tending the kindling. Meanwhile, shenanigans ensue as Beth's would-be suitors literally start chasing after her in broad daylight. Beth's gotta figure out why she keeps getting pursued by midgets and assholes, all while developing a romance with Best Man.

I don't know if I'm missing some part of the plot here or what, but it seems like the one thing missing from this film -- other than romance and comedy -- is Beth's character arc. She's the main character, so we see plenty of her (no, not like that), but you know all those scenes where the main character has to make a crucial decision or learn some important lesson? Yeah, we never get that. Best Man keeps showing up to woo her, but Beth gets all pissy and storms off because she...well...I don't know why. It's like the main character in a romantic comedy desperately doesn't want to be the main character in a romantic comedy. Is that something that movie characters could do back then? Did Hollywood have something against the fourth wall? Because they apparently destroyed it here. A bit of advice to you Hollywood folk in the past, you're gonna need those fourth walls when the Axis starts dropping bombs! 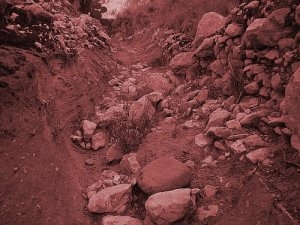 Here's the same location as it appears today.And another thing, would the movie like to elaborate on why Best Man happens to be the unluckiest man on the planet? During the course of the movie, he repeatedly explains that he was struck by lightning during a game of football. Seriously, he keeps bringing it up without even being asked. And if that weren't enough to spoon-feed me this apparently vital information, he falls victim to a series of pratfalls and electrical mishaps, conveniently when neither Beth nor anybody else is around. Maybe it's to keep me laughing while sparing me the dignity of a dozen awkward "Are you okay?" scenes. If that's the case, it ain't workin'. I thought Best Man was supposed to be the BEST MAN, why is he all of a sudden Pratfall Boy? Don't we already have four whole characters to provide the comic relief? I'd love an explanation for that, but the movie clearly can't be bothered. It would rather just paint everybody as an idiot so that at any moment, something wacky could happen to anyone!

This movie really makes me long for the days of pre-mutant America, when the worst thing that could happen to you was failing to break a ceremonial vase at a wedding or walking into a streetlight in Central Park. Tomorrow, I could wake up staring into the eyes of a slugbeast or wind up having to hack my wife into a thousand pieces to keep her from going zombie on me (love you). Nostalgia is a tricky mistress, yes indeed.

Anyway, this has to be a faulty disc. It just has to be. Judging from what I've got here, this film is a couple reels short of fully explaining what the hell's going on. And that's not a euphemism; I'm sure the full version of When in Rome runs two hours or so instead of this paltry ninety-one minutes. Whichever one of you assholes traded me this disc for four goats (you know who you are), I want one of my goats back because you only gave me three-quarters of a film!

I'm disappointed, really I am. I'd hoped When in Rome would finally fill the gaping hole in Mark Steven Johnson's oeuvre and explain how he evolved from his superhero cycle (Daredevil, Ghost Rider, Simon Birch) to his later work directing westerns starring Ghostface Killah (who actually has a cameo in this film). Wait...There ya go, I guess. When in Rome is the first in a long line of films that Mark Steven Johnson and Ghostface Killah worked on together. Only a couple of those are really memorable, though; namely Saddleblast III: The Bling Brigade, the best of MSJ's 7-part Saddleblast cycle. But When in Rome? It's just an awkward baby step toward nothing. 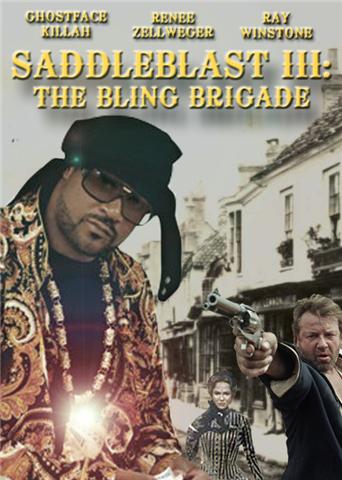 You past-dwellers still have this one to look forward to.

MINORITY REPORT: Sounds like the future is full of pussies if you ask me. When the bombs drop, I'll take them on the fucking chest, man. I ain't scared of no nuclear winter either, I'll wear a fucking sweater! Maybe a scarf too, if it gets really cold. Worst case scenario: I'll just stay indoors. -David "Data Core Devil" del Vacote III