Don't Tell Me What I Can't Blog! 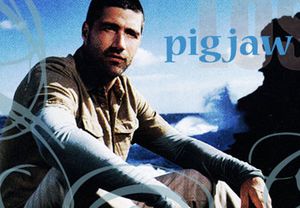 I asked some [url='http://forums.somethingawful.com/']SA Forum members[/url] to come up with their own plot points for the coming seasons of Lost. Here's what they typed on their computers after I asked them that:

In the end it turns out that everyone is dead and really they're trapped inside a virtual reality simulation in another dimension which is itself the dream of a child with incredible psychic powers that were created by nanotechnology planted by the government in what appeared to be a UFO crash but was really just part of an ongoing experiment to see how long you can string a tv audience along with pure bullshit. (thanks c. cardigan)

The season should end revealing that the series was all a dream but the real cliffhanger will be whose dream is it? (thanks the village fell over)

George Dubya Bush uses the island's 'WMD' as an excuse to invade Borneo. (thanks majcameron)

Jack wakes up on the plane and it was all a dream then he hits on Kate and gets rejected. (thanks cat show gigalo)

Some guys come and rescue them and everyone goes back home to their families. (this just will not happen Joke Book)

The electromagnet was actually holding back the largest natural Estrogen source on the planet. Over the course of the season each of the male characters will grow massive tits, and the women (and Hurley) will grow EVEN BIGGER TITS. Also all the breasts will be sentient and have their own flashback episodes. (thanks Pass the Slabs)

The electromagnet is actually part of a speaker hooked up to the world's largest fart amplifier. (thanks Fart Amplifier)

Peter Griffin winds up on the island in an attempt to provide some comic relief for the flashback sequences. (thanks i have six legs i am a fly)

Season 3 opens with Hugo stumbling through the bushes, trying to get back to camp. The camera follows him through the heavy thicket as he ascends the island's middle section.

Suddenly, Hugo slips on a rock and crashes into the undergrowth. We see him slide down the hillside and off a small embankment, falling into a pile of rocks below. We hear a loud crash and the camera pans to see his lifeless body, face down with blood streaming down the rocks. Hugo is dead.

The camera continues to pan until we see two steel doors with a logo emblazoned on them. As it gets closer we begin to make out the familiar symbol of a snake, poised and ready to attack. Finally, the camera comes to a slow stop over the doors, centered on the logo. We recognize it immediately, for it is the mark of COBRA. (thanks Indian War Chief)

WE see JOHN LOCKE standing amongst the rubble of the station. He looks disoriented, his clothes torn and small scratches across his face and body. The computers are destroyed and the Hatch is in total disarray. He surveys the destruction, then begins to pick his way across the room. 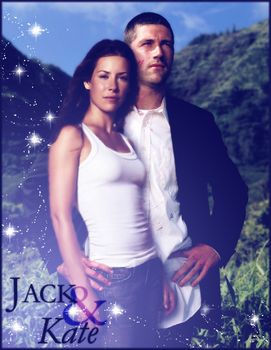 He enters the hallway and the camera pans to see blood spattering the walls. He sees a CROWBAR lying on the floor. He GRABS it. Holding the crowbar, Locke betrays a sense of madness. He HEARS a soft chewing sound in the kitchen. Intrigued, he approaches it cautiously. Peering in, he sees something small moving in the flickering light.

The camera zooms in to reveal a small CREATURE, no larger than a rabbit, clawing its way across the floor. As the camera moves in, we see the creature has no eyes, face or features of any kind, save for a mouth and four single digit limbs. Suddenly, the creature turns on Locke, leaping at him with claws out. Camera cuts to Locke, his face a mask of terror.

We see Desmond lying in the dirt beneath the Hatch. He is bleeding and appears unconscious. Dramatic music builds, and we enter a flashback.

We see Desmond's face, contorted with agony. The camera pans out to see Desmond, naked, with another girl. Desmond screams "That's right baby, I'm going balls deep." The girl (guest star Mischa Barton), climaxes in a stunning orgasm. We cut back to Desmond's battered body and the camera closes in on his face. We see his lips curl into a wry, knowing grin. Cut to black. (holy shit Indian War Chief)

What I Really Think of Lost

Lost is currently the best show on television as far as I can tell, but that's a dangerous position because it has nowhere to go but down.