The CDC is back once again to try to "debunk" (read: muddy the waters) claims from people suffering from Morgellons. This chronic and debilitating disease causes skin lesions and painful alien fibrous material to burst out of your skin on your arms and legs. Sometimes there are nodules involved or little metal rods. One time my baby found part of a gum wrapper looking thing that grew out of her arm on account of Morgellons. It was not a gum wrapper it was sort of shimmery on one side and had little threads on the other side. 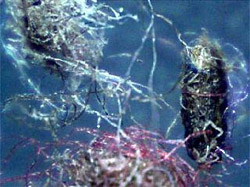 First of all let me address this CDC study which is despicable. Look at how it tries to portray Morgellons VICTIMS as pill heads and psychos:

The study uncovered some other common threads: Drugs were detected in hair samples from half of the patients; and more than one-third of patients had a neuropsychiatric condition.

That's mighty nice of you CDC but how do you explain zero drugs in my hair unless you can detect Imodium and yet my baby has so many fibers growing out of her arm the kids on the playground call her Stain Master. Do you know the pain your vaccines are causing in the kids of the USA?

Let me tell you, CDC.

Just looking at my family my niece Crystal caught autism from a Rotavirus vaccine. Now all she does all day is write down the hexadecimal color values for everything she sees in her room. 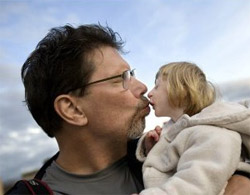 My niece Jollibee caught primordial dwarfism from a meningitis vaccine. She's adorable and I think you should give this shot to more people who want tiny babies that are extra cute.

My cousin's son Tylurr caught speed reading after a diphtheria vaccine and they can't afford any more books. They said they're afraid to hook him up to a computer.

My wife's brother's son Dylin started coughing and it turns out he had a baby chick in his lung. The doctor claimed it's because he aspirated an egg but it happened right after a hepatitis B vaccine which he didn't even hardly need because his mom is over hepatitis since like 2005.

MMR vaccine gave two kids in my sister's Sunday school class infrasound speech. They just open their mouths and make everybody feel nervous and queasy, but they can't talk so you can hear them. I hope you're happy with that, CDC.

My nephew Wendigo on the other side of the family got the Varicella vaccine and is a full on Slimer Baby now. Floating around the house eating hotdogs. They can't even teach him to do anything but yell and fly through walls.

My nephew Nolte got something called a Hib shot and he ended up part Japanese. He even talks in this pidgin version of Japanese and English where he yells all the English words and is constantly trying to get people to leave his bedroom with brusque Japanese talk followed by GO HOME.

Sylvia, who I know from Curves, said her grandson ate a bunch of fishhooks last summer and had to get a Tetanus shot and that after that he can tell you whoever is doing the voice over for a commercial like in two seconds. He also somehow got Parvo that dog disease.

You gave my sister-in-law's husband's little brother a flu shot and he got sick with the flu like two days later and while he was sick his parents showed him Star Wars and now he is crazy about Star Wars, which is basically your responsibility.

I couldn't get out of my little sister what happened with her daughter. I know it was a flu shot too and it did something to her brain but all I know is it has something to do with Homestuck, My Little Pony and 36-year-old man she met on the Internet.

That would all be just fine but NINE people in my family caught Morgellons from either vaccinations, sports injuries, lawn chemicals, the stuff they use to fog mosquitoes, cell phones, chem trails, or vaccinations. I put my baby in a WiFi free zone and it seems to help keep her Morgellons down but the minute she gets in a cell phone coverage area she starts itching and popping fibers.

So my advice to you, CDC, is stick to your so-called science studies and when it comes to talking about what people feel and what drugs are in their hair you need to be a lot more sensitive. Because sensitivity and gentle truths are the only way you can get to somebody who has believed for ten years that aliens are feeding them fiber pellets that grow alien terraforming plants in their skin.