Early Dungeons & Dragons cover artwork played an important role in establishing the mystique surrounding the hobby. To put it succinctly: the early art was strange. Before the realism of AD&D artists like Larry Elmore and Jeff Easley, D&D cover art was primordial, often depicting particular monsters and magic for the first time, and it could be more disconcerting than the contents of the books. Seeing the covers of those first, widely-circulated modules could have the forbidden thrill of glimpsing a freakshow through the curtain. Artists like Jeff Dee, Jim Roslof, Dave LaForce and, of course, the legendary Erol Otus, helped to create the magic of an early Dungeons & Dragons and are celebrated by fans today. We do our part by looking back on some of the strange cover artwork of the late 70s and early 80s. 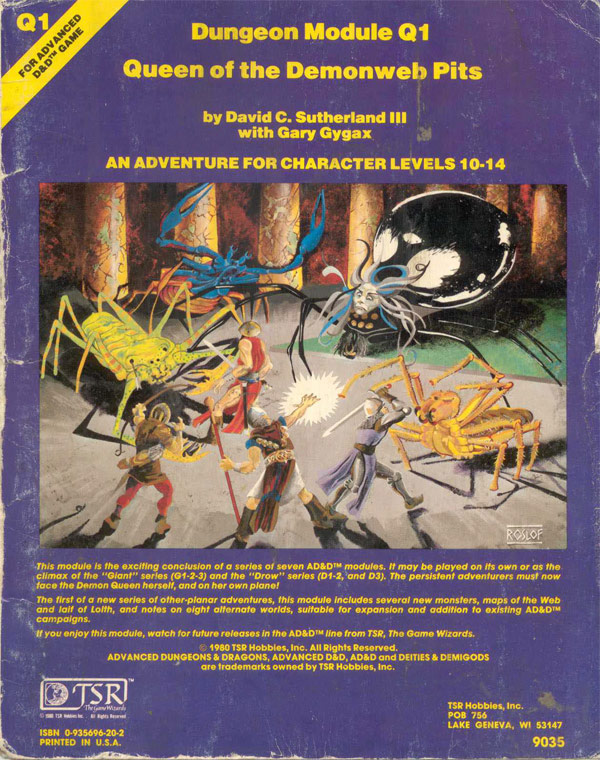 Steve: I think I have this dream at least once a week only all of the spider creatures have woman faces.

Steve: No way dude my mom is never one of the faces it's always like my teacher's from third grade and the sexy mail lady who might stop coming on Saturdays.

Steve: Well whatever psyche I am battling it is basically the D&D battle, dude. Think about it, we are combating the monsters of our imagination and therefore they are derived from our deepest fears.

Steve: Don't knock it until the drow queen captures you and makes you give a life-or-death Power Point on gnomes.