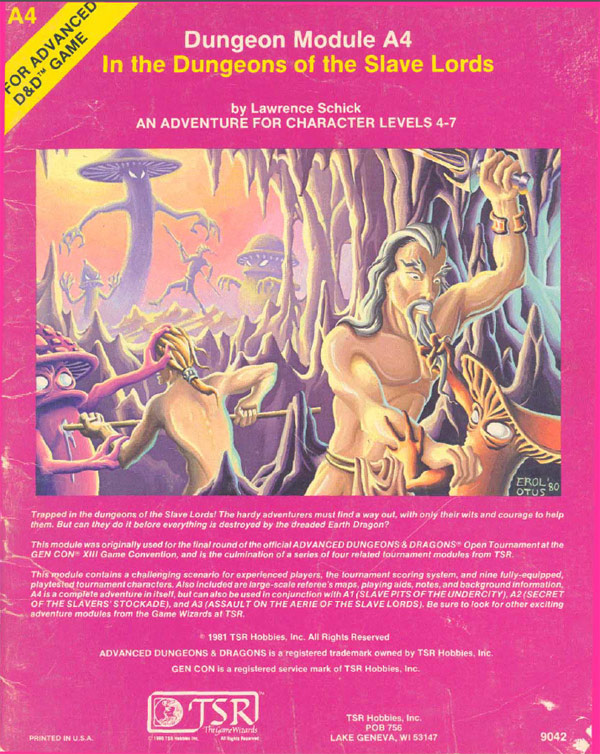 Zack: Everything Erol Otus illustrates looks supernaturally unwholesome. It's like David Cronenberg's body horror fantasies combined with the drug trip you get from traveling into the Amazon jungle, nearly dying from diseases and dehydration, and then licking just the right kind of frog during an eclipse.

Zack: Like the other dreams you have once a week.

Steve: No, the other dream I have is where I find Keith in the closet in my bedroom and I think he is an intruder so I shoot him over and over again with a gun while a woman starts moaning.

Steve: Psychology has been completely discredited anyway. I learned that by staring at John Travolta's Christmas card.

Zack: Human existence has been discredited by John Travolta. He is the living answer to a question that proves us wrong.

Steve: No doubt dude, some fifth dimension alien is asking an Erol Otus mushroom "Why?" and John Travolta's huge corpse face with his hair hat is smiling and erasing us from existence.