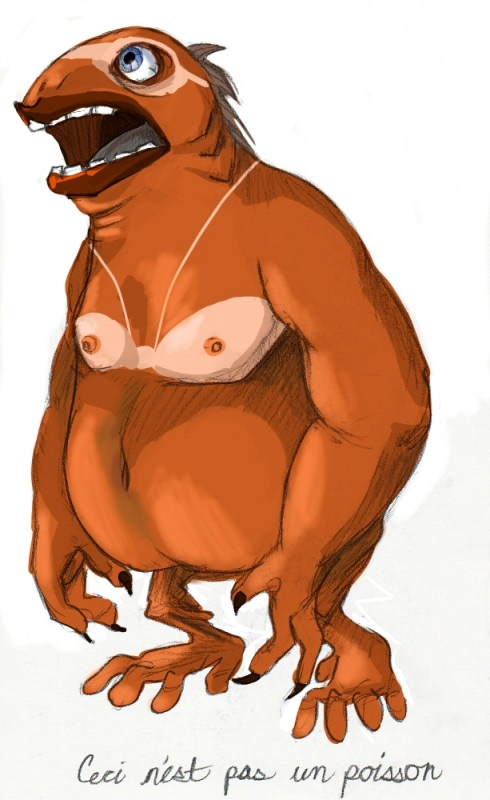 Description: Frequently found washed up on rocky beaches, this lumbering fiend preys upon unsuspecting picnickers like an overgrown, sewage-scented ant. A scavenger by nature, he is virtually harmless unless provoked. He also sunburns easily, further solidifying his status as an evolutionary reject. His call is guttural, mournful, and infallibly vomit-inducing.

Nobody's quite sure where he came from, but all we know is that he's never leaving, and that's terrible.

Zack: It's like Grantaire brought the crazy guy's sketch to life. And it's even creepier!

Steve: We were only going to give away five prizes, what happened?

Zack: I could probably give about 20 people prizes considering how awesome some of these are. I felt like King Shithead not giving awards to some really awesome artwork. I had to stop somewhere so I decided to add an extra winner.

Steve: Zack, no matter what you do, you'll always be King Shithead.