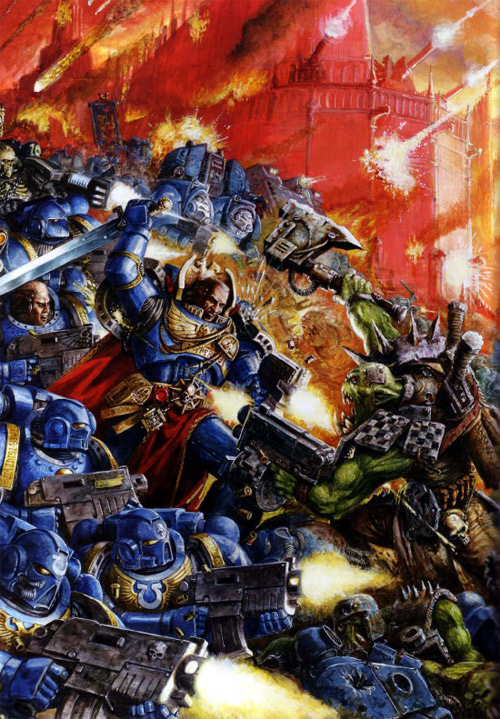 Zack: If you go into a hobby shop and there is a 12 year old there he is going to be playing one of three things: Yugi-Oh, Magic, or Space Marines.

Steve: They're easy to understand and they appeal to the 12 year old mind.

Zack: Yeah, there are space elves and space orks and regular guys with tanks, but then we've got these other guys called Toughest Fighters. They're like the other armies, but they fight tougher.

Zack: I liked the Space Wolves, but they didn't quite fit with me so I went ahead and made my own chapter. They're called the Dark Wolves. The Emperor made them by crossing Dark Angels with the Space Wolves.

Zack: Oh, and they're all female.

Zack: Even the dreadnoughts.