1982 was a bad year for gender in video games. Data East's BurgerTime introduced arcades to a chef, naturally male, who attempted to assemble hamburgers while being pursued by three enemies: Mr. Hot Dog, Mr. Pickle, and Mr. Egg. What, no Mr. Penis? 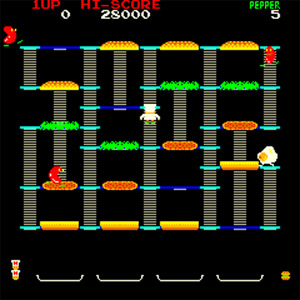 There was room to subvert gender norms, perhaps with a woman as the chef or by playing on the aggressively phallic nature of the evil foods, but Data East took no chances. By the mid-80s it is a wonder any woman even tried to make a hamburger.

The highest-grossing arcade game of 1983 was Namco's Pole Position. As male gamers lined up to sit in the racing sim it was clear that the pole's position was high above a woman as part of the permanent patriarchy. Arcade racing only grew more misogynistic with 1986's OutRun, in which the player is clearly a man driving a car with a woman as his passenger. 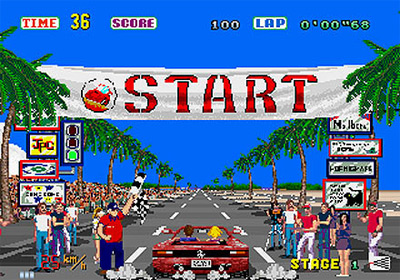 He does not even allow her to touch the radio. 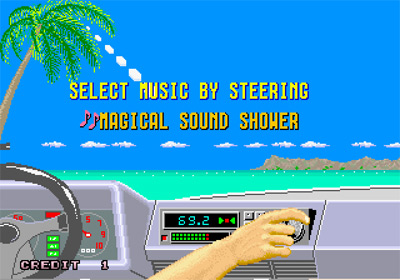 A token attempt at a gender-neutral racing game would not be released until 1987's Rad Racer, which was itself marred by notorious antisemitism.

Although the first homosexual character in gaming was technically the titular character from 1982's Dig Dug, this was only known to those who read carefully through Namco's marketing material to arcades. It would be almost a decade before a character was openly gay. Vega, the claw-wielding Spaniard appearing in 1991's Street Fighter II, followed the unfortunate trend of equating homosexuality with vanity and villainy. Street Fighter II also featured a collection of racist caricatures and a squeaky woman with the physique of an R. Crumb doodle on steroids.

If past is truly prelude, the formative years of video gaming defined the coming decades of rampant misogyny and sexual violence depicted in video games. A careful eye can spot the evolution, from the primordial ooze of Pong, to Atari's male-dominated Football, to phallocentric Fester's Quest, to the PlayStation's Krazy Ivan, all the way up to modern sexual assault simulators like 2013's Tomb Raider. 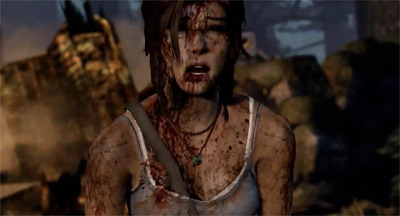 The good news is that not all developers are continuing in this pattern of peddling juvenile fantasies that promote violence and objectify women. Take 2012 megahit Call of Duty: Black Ops 2, in which the only woman in the game is not mentioned enough to be objectified and, if you play carefully, does not necessarily need to be brutally murdered. In cerebral open-world game Far Cry 3, the male protagonist not only saves helpless women, he can have sex with a crazy shaman woman, but her face flashes to her brother's at one point, which makes you wonder, "Am I gay?"

Progress? Definitely. But it is fair to say we have a long way still to go.