Lansing is a shit show. A half million angry union types and college kids choking up every thoroughfare, packing the motels, living out of cars and RVs, and setting up tent cities in every open area. What began as a protest around the capitol has gradually spread into a commune for the disaffected, an impromptu village simmering somewhere between festival and riot.

"THIS IS WHAT DEMOCRACY LOOKS LIKE!" comes the chant from a legion of teachers and their supporters.

"Impeach Canton!" somebody screams into a megaphone.

Every couple blocks there's another union head or aggrieved worker holding forth into a megaphone, whipping protesters into a frenzy. I can smell the crowd. The unwashed stench, the overflowing chemical toilets, the pot smoke, the Mardi Gras reek of sour beer and barbecue. I've smelled this before, usually followed shortly by the acrid stink of tear gas. 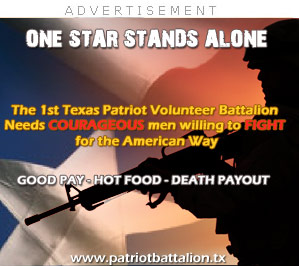 We pass fires meant for warmth and fires set in anger, burned out cars, still smoking, fire-gutted businesses that didn't align with the views of the strikers. A few people beat on the windows of our car as we slow down, but they never catch onto us. I hold up a peace sign to a hippie honey in a keffiyeh and a FUCK CANTON shirt. No time to ask for her number. She's too young for me anyway.

There's a ring of 12-foot concrete T-walls around the capitol. They're covered in spray-painted slogans, political murals, and a pasted collage of flyers and printed images. Checkpoints in and out are mobbed with protesters. Guys in Lewis polos with headsets and riot guns are keeping people back, but only barely. I have the cab driver let us out and we hoof it, blending into the crowd as best we can until we get near the checkpoint.

"Go time," I say and we start shoving, making room quick enough that the Lewis guards at the gate see us coming before the crowd knows what's happening. I hold up my ID badge over my head just to be sure they know we're legit. They open the gate and motion us in just as the water bottles and pieces of fruit start flying our way. Mississippi Tar Coon and the Kansas hillbilly take all the incoming.

The inside of the capitol echoes with a chorus of voices. It takes me a moment to realize that the crowd in the rotunda belongs to Lewis. Corporate flacks and assembly aides under siege. Young professionals enjoying the campout atmosphere with their humming laptops and law school trysts in the piles of thermal sleeping bags. Some Mormons are handing out Power Bars and literature to college republicans.

A Lewis security guy wearing an ear bud walks us up a flight of stairs to the governor's office. Canton is sequestered with his family, but we're introduced to a balding, paunchy man with a baby face named Earl O'Keefe and a walking P90X infomercial with a buzz cut who says "call me Woolsy" and overcompensates with a handshake from hell. O'Keefe is the governor's aide and Woolsy is the Lewis Security Coordinator.

"Which one of you is in charge?" asks O'Keefe, looking between me and the fatass from Kansas.

"I am," I say and nobody disagrees.

"We have a planning room here," says Woolsy. "Can I have someone get you guys some coffee or something?"

"You got any beer?" asks Kansas.

"You two wait outside," I tell him.