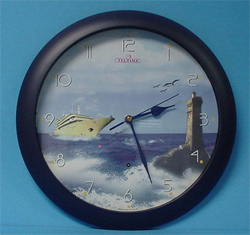 My old clock was unqualified bullshit.I was awakened from a vivid dream of handloading by the increasing urgency of the whale songs coming from my Sounds of the Deep alarm clock. Supposed to ease you out of sleep. Their otherworldly hooting just reminds me of the watery hell my forebears spent ninety million years fighting and dying to escape.

No time for lollygagging. I jotted down my recipe for a tungsten core .308 handload in my bedside dream ops diary. It worked wonders on my naked mother and father looming out of the clouds, good evidence that Al Qaeda sleeper agents would be torn to pieces.

"Lock and load," I said and spooned Science Diet into his bowl.

Maine Coon, gottta feed him the stuff with the special oils to cut down on hairballs. 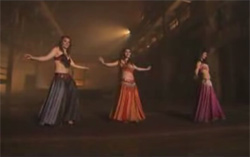 I'm not entirely sure what to do with Shimmy when it comes on the TV.50 reps each of pushups, pull-ups, chin-ups, 30 minutes on Wii Fit. Was forced to abort the Wii Fit when William Tecumseh Sherman started climbing onto the balance board. I tried another ten minutes of Shimmy but I ended up getting wood from the ladies' abs when they were standing in front of the reactor. Unless I bailed Lebanese hip circle was going to make me finish on home pose if you know what I'm sayin'.

Disassembled and reassembled my M4A1, mounted my full tactical package on the rails, dropped both of my M1911's into my tactical holsters.

While I was doing all that I watched American Morning on the TiVo. I always spool up enough time so I can skip the commercials and maintain a high level of efficiency. SOP is to only watch the weather and one segment, but Dr. Sanjay Gupta was doing a segment on cholesterol lowering drugs. I didn't want to miss that.

Swept for mines and tripwire explosives in apartment building. Tactical rolled through doorway and into cover. No snipers today.

Used staggered movement pattern Bravo to traverse the 95 meters from the door of my apartment building to where my Chevy Tahoe was parked. Prepared to lay down suppressing fire at all times, but none was necessary.