We finally put down and the cargo door clatters open to remind my headache what morning looks like. I can see my breath as we pile out. Wish I'd went with the full-on thermal parka over the leather jacket, but we all make sacrifices now and then for looking like absolute badasses.

Williamston is one of those towns you'd find out west, preserved in the sterility of Wyoming like 1950 was frozen in Lucite. Neon and backlit garishness sprinkled in among old banks and barbershops. Get a payday loan so you can buy an egg cream from the soda jerk.

Some sort of liaison from the company meets us in the middle of Main Street. Starts talking to some asshole who thinks he's in charge of us. Our rep is big and mean looking, the corporate twerp's slick-backed hair is flapping around his head like a bird wing in the down wash from the rotors. He's yelling something but nobody can hear him. Trucks and yellow buses shuddering around us. A bunch of convicts in neon-green jackets being herded into work details by some guys in New Jersey Mike's t-shirts. Fat ex-cops and corrections workers. Low-tier private muscle. Heard New Jersey Mike's went union, which makes them being here hilarious if you're into laughing at bullshit.

The corporate guy and a couple other khaki slacks types with clipboards go around checking our ammo and handing out baton rounds for shotguns and blanks for everything else. I hand over the magazines for my R5, but they're all out of blanks for 5.56, which leaves me with an 800 dollar cudgel. That's fine, I've got a 9 mil in my jacket holster and a Peacemaker in my kit bag. 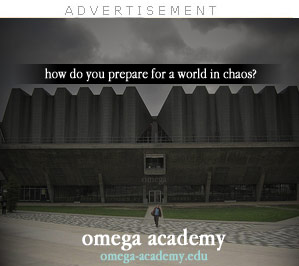 IDs on lanyards, branded water bottles full of energy drink, and yellow shooting glasses all around. I'm waiting for somebody to bust out the t-shirt cannon and start firing Lewis shirts at us. Transport from FOB to the capitol is in a pair of Williamston Township School District buses with shatter baskets welded over the windows. Riding in those suckers is asking for trouble. I grab Eduardo by the elbow and guide him over to a taxi.

"I'm not riding in there," I point to the bus. "Give me a couple twenties and we'll make our own way."

The khaki slacks patrol isn't a fan of us taking a cab, but it's still technically a free country, so they can't do shit. Skinny black guy and fat white guy from the chopper tag along too. I can't remember the white guy's name, but he won't shut the fuck up about Kansas and he talks like he's afraid to end a word with a consonant. Black guy says his name is Mississippi Tar Coon, but he says it with a smile.

"It's good for starting fights with racist crackers," he says.

The two of them trade pornographic jokes and stories about prostitutes. When they start singing I want to choke them out just to get them to shut up. Grown men are only supposed to sing two things: hymns and Happy Birthday. I'll give you a pass if you're on stage somewhere but only if you can play a guitar or a saxophone.

The strikers have managed to cut off 69 and 96 into Lansing by wrecking trucks and setting them on fire. Some private bulldozers are working at getting those routes cleared with some over watch from guys like us, but until the job is done 43 is the only artery into Lansing from Williamston. Our cabbie is a middle-aged dad type who knows the roads and seems duly impressed by the four of us and our hardware. We trail behind the buses.

In Okemos we hit trouble. All four lanes are blocked with highway patrol cars with their flashers going. These guys are supposed to be on strike, but it looks pretty clear they've decided to take things a step further. A bunch of unpaid cops with Mossbergs versus two busloads of world war three cowboys on trucker speed. Somehow the corporate dingus keeps things from turning to violence. He'll probably pay a bribe and get them through, but I don't intend to wait around and find out.

I convince Eduardo and the boys in the back of the taxi van to stow their guns and lose the hard looks. We roll right up to roadblock and raise our fists in solidarity. The cops wave us through.