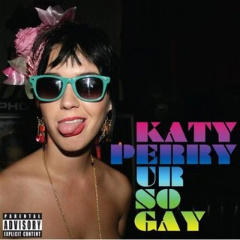 If Perry were just the latest bawdy-house queen with a recording contract, she'd be easier to ignore. But she has other, more insidious ideas. Perry first announced her presence with "Ur So Gay," which would rank as one of 2008's worst musical offerings based on its title alone. Once people start accepting text-message abbreviations and Internet lingo as suitable lyrical discourse, we'll be swamped with major-label artists recording LOLcats ditties and winking, self-congratulatory covers of gamer-community esoterica. Perry already RickRoll'd her MySpace friends. These are the sort of pandering stunts some rotting corpse-mask critic will praise on his electronic word-processor as being "hip, knowing allusions to cyberspace culture."

Also, "so gay" used to be a casual all-purpose putdown, but now it's impossible to utter the phrase without hearing it echo in Perry's gruff, forcibly pitch-corrected voice. This isn't one of those empowering "take back the epithet" gambits on the behalf of homosexuals, because "I Kissed A Girl" strained mightily to establish she's bi-curious at best. At least Perry could have stolen "ghey" or "teh gay," which only the lamest message-board halfwits employ anyway.

In the "Ur So Gay" video, Perry sits under Super Mario-style smiley-face clouds, which should really be bombarding her with spiked turtle shells. Meanwhile, a Barbie doll sends this "FaceSpace" message to a "totally awesome rocker guy": "I found your page on my BFF's. I'd love to hear your music sometime. OMG. Maybe I could meet you out for coffee. TTYL. LMFAO. BRB. :) -K." This nauseating alphabetic spew denotes her gimmicky infiltration of Internet culture. During the chorus, "Ur So Gay" establishes, under pain of redundancy, that its title is not literal, stridently repeating the phrase "you're so gay, but you don't even like boys."

Perry told an interviewer that "Ur So Gay" "takes the piss out of the emo scene," but she constructs a patchwork Frankenstein's monster from assorted stereotypes. She makes the following exaggerated yet vaguely reasonable claims about emo boys: They'd rather MySpace (she loses points for verbing this word) than have sex; They wear more make-up than women; They're skinny because of their Happy Meal-deficient diets. Also, she brings these strange accusations: They masturbate to Mozart; They read Hemingway in the rain; They wear high-SPF sunscreen (given Perry's chalky complexion, this is really the porcelain pot calling the kettle white). I'm acquitting emo on the latter charges, unless someone sends me a link to some "XfallingStarsX" scenester with Mozart as his profile song. Also, Emo Ken's purported name is "Pierre Wertz," which bears a strong resemblance to Fall Out Boy's Pete Wentz - who does, in fact, very much like boys. 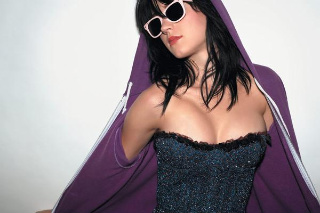 "Pierre Wertz" responds thusly to Barbie Katy's acronym barrage: "Luv the new PiX. We should hang! What R U up 2 2nite? H&K. CUL8R. QT." There's a Nietzsche quote beneath this garbled crap, which qualifies as a half-joke: People who use Nietzsche quotes as MySpace signature lines certainly deserve a hatchet to the groin, but posturing intellectuals would rather embrace their godless death than use numbers in place of letters. Perry combines the traits of every boyfriend that ever frustrated her, creating a super-jerk that's not recognizably human. It's not as if the lady-pants emo waifs couldn't provide a song's worth of mockery without some filler jokes about pretentious environmentalists.

Emo Ken, eclectic aficionado of eyeliner, existential literature and fuel-efficient toy vehicles, guzzles several bottles of wine and a few beers, while Barbie Katy waits patiently on the couch. (New emo stereotype: They're prodigious drinkers!) When he's all blurry-eyed, she yanks down his pants, revealing the male doll's ambiguous genitalia. She throws up her hands in dismay at this pathetic sight. This resolution suggests two scenarios: Either Barbie Katy posed as an acronym-babbling idiot to arrange a date because she figured it was worth the seduction and subterfuge to confirm her suspicions about his eunuch status, or she was shallow enough to let her attraction to him outweigh his many, bizarrely incongruous faults, only to be frustrated by his physical inadequacy. Incidentally, if you're hoping to be dazzled by dick size and functionality, you probably shouldn't let the guy drink himself into a stupor before starting your peep show. As for the philosophical quandary the song raises (who could possibly be gay and non-gay simultaneously?), the video posits that the answer is Ken dolls, who apparently long for each other's plastic peni but lack the necessary equipment to transcend asexual virginity.

Two hit singles into her career, Perry has established 1) She dates people who are gay, though they don't even like other men. 2) She herself is not gay, though she might theoretically kiss another woman, should a comprehensive list of circumstances unfold. Despite having seemingly exhausted the unorthodox sexual permutations that serve as her primary muse, Perry declined to retire, instead joining the Warped Tour (her presence on which drives another metal stake into a coffin that's already more nails than wood). And as long as Perry remains active, scavenging the Internet for songwriting fodder, I'll live in fear of her somehow finding, co-opting and tarnishing everything I hold dear.