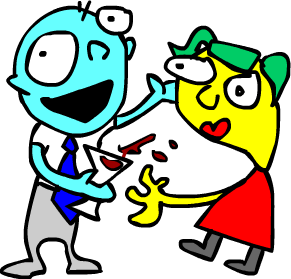 What the fuck is wrong with aboriginals? Why the FUCK do they continiously wander around the street, shitting on the side of the road while drinking beer and screaming at cars driving past?
Why do they wander past my shop screaming about how they should kill the fucking government? Why does the government pay them to get drunk and let their rabid cunt dogs wander the streets biting people while the owners burn their piece of shit cars on their front lawns so they can get a free new one from the government?
Why don't they get put in prison when they rape people? Or when they smash up shops to steal alcohol and cigarettes? Why can't the police just shoot them dead while the aboriginals are screaming about not being alowed to play football on the neighbours roof?
Why the fuck do they throw their dirty nappies and chrome bags into the neighbours yard? Why do they come into my shop, yelling about computers and video games with "shooting cunts" and then abuse the customers for being dickheads. Why don't the police kill them when they do this, or put them in jail for drinking in public and in my shop? If I have a friend here drinking booz, I get a $5000 fine because I don't have a BYO licence and my friend gets a fine for public intoxication and drinking in public. Why don't aboriginals have rules?
Why the FUCK doesn't someone just kill all the fucking aboroginals? Are there ANY good ones? Why don't they just fucking go to school, get a job, and respect their community? FUCK OFF!

If you can't see that it was an elaborate lie used to promote the creation of Israel, a Western base of operations in the Middle East and easy route to the oil therein, you are very naive. How could anyone possibly think that a country would expend the kind of resources it would take for a complete genocide when they were fighting a war on multiple fronts? Why not wait until they had finished defeating their enemies before expending all those resources on an internal problem? Oh right, because it didn't happen. People talk about blacks having a "victim mentality." Try talking to a Holocaust Believer.

For the last few weeks, my new college roomate's music selection has included music that throws around the n-word blatantly. This has been bothering me for a little while, so a few minutes ago, I waved to him to get his attention and get him to turn his music down, and asked him a question: "How come black people can say the (n-word) but white people can't?" He stared at me increduously.
"I mean, you listen to music that says it a lot... so, yeah, I assume it's okay with you. Peace, (n-word)." I flashed him the victory sign and went back to my side of the room. I looked over after a moment, and he was still staring at me.
I don't remember how the conversation went after that, but it ended in him calling me the 'weirdest person he had ever met', that I should 'just stay on my side of the room' and 'not talk to him again, really', and that he was going to try to move into a different room tomorrow. Then he turned on his loud music, and the blasting of african-american racial slurs continued.
Am I racist?