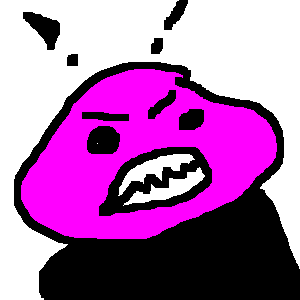 Here's the problem with your argument, and why you sound like a bitter box of nerd rage:
You see what I'm getting at here, right? I hope so, but since your post is so idiotic in the first place, let me spell it out. It's fine that you think the iPhone is expensive. It's fine if you can't afford one. I certainly can't- hell, I don't even own an iPod, or any other MP3 player for that matter. Yes, Apple products are expensive. But they don't "suck ass," which is what this thread is for. Remember when the first paddle-shifters came out on expensive European cars? They were an option that added many thousands of dollars to the purchase price. Were you raging about it, saying "Gee thanks Ferrari for making a car that SHIFTS GEARS OMG when other car companies are already giving me cars that SHIFT GEARS for so much cheaper" all the while completely missing the fucking point?

Paddle shifting was a novel way of doing something. It took a ton of money and time to develop. Some people are willing to pay a premium for it because they like the novel interface. Your argument is so fucking flimsy, dude. LOLZOR thanx telecom companies for making me pay more for a cellphone when I already have a phone in my house that can MAKE TELEPHONE CALLS, jokes on you suckers! There's no end to it- if you want to you can keep regressing to earlier stages of technological advancement. Gee thanks Hollywood for making me pay more for an HD-DVD when I can just get the DVD for half the price and it already lets me see the whole movie!

Some people like the way Apple products work. Some people like the way they look. Others don't. That's fine, too. Having a preference, and stating it loud and clear, is one thing. Burying your head in the sand and claiming that the iPhone offers nothing new is another. Using the iPhone will provide a different experience than what people have already been getting. I'm willing to bet that a few years from now when all of the manufacturers are making similar products that cost $200, you'll scoop one up. The experience of using those products won't suck. Not being able to afford, or justify the personal expense of, owning an iPhone now is what sucks. Sorry man. Hey, I just got my first ever camera phone, and those have been out for how long?

I say shoot the fuckers in the face. Better yet, tie them up, put them into humvees, and give the residents of the base some target practice. I usually dont like police or the FBI too much, but sometimes they just do a damn good job.
To OP, maybe you should stop trying to attack the president and do something useful, like maybe enlist in the force and try to kill these fucks that are trying to slaughter our soldiers? What use is bitching about him on an internet forum? What people dont seem to understand is that pulling out of Iraq is not going to stop these people from trying to kill us. Their goal in life is to serve their God, which in their eyes, means killing infidels (us). Its not like the only reason they hate us is because we are in their country, its because that is what they are born and raised to do, hate Americans. Giving them less or more diplomatic rights is not going to help the situation, just appease some of the Americans that sit way up on their high horse.
PS i have a cousin on an airfoce base and if someone went in and slaughtered him and a bunch of other US citizens, you can expect something along the lines of Rambo.

Have a depressing and shitty life, Richard. Perhaps you and your mongel 10 dollar wife will raise your bastard child better than the forums, but I somehow doubt it, as your knack of failure creeps into every facet of your meaningless life. When you die and your gravestone has a link to the forums on it, I'll be laughing and laughing at your miserable history of idiocy.