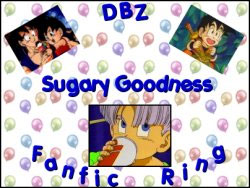 A world of creativity and intellectual discourse awaits you!If you read a lot of "Due South" gay fan fiction, like I tend to, then you know that most fan fiction writers are prone to poorly planning out their masterpieces ahead of time. They'll ramble on describing characters that we've all seen on TV a hundred times, spending paragraphs on the oil greasing up their chiseled abs, that by the time it gets to the hardcore rape sequence most people have already closed their browser window. The worst is when this sort of thing goes on and on for twenty or thirty chapters of buildup and coyness.

PRO TIP: No matter how good of a writer you think you are, you are not a better writer than the original script writers for "The Gummi Bears" cartoon. People are reading your story because they want to jerk off to Spock having sex with Captain Janeway, not because they wondered where they would go on their first date.

So you're sitting down with your Word window open and you've got your taped episodes of the Zelda cartoon playing while you stare wistfully at your poster of Megaman. There is the inspiration you need right there. Inspiration can be found all around you, especially when you surround yourself with the stupid cartoons and TV shows you obsess over. So the main characters are Link, Megaman, and Zelda, now you need to structure your story ahead of time. Some of the greatest novels were written stream of consciousness, but describing Link fucking Megaman in a bathroom of the top of your head is not advisable. You want this story to run like a Swiss clock, so begin outlining your plot. Let's go ahead and do that with what I just described.

Link realizes Zelda is missing and sets out looking for her. He ends up getting molested by one of those purple hands that would drag you back to the beginning of a level.

Great, that's a framework we can hang a nice meaty story on! I mentioned being concise is important but you don't want to be too concise, you need to draw out the action that's the most vital to your story. The action that is the most important is of course the hot sex between fictional characters, which should span anywhere from ten pages per scene to an entire chapter per scene.
Previous More Guides Next