Everything about you gives me koala feet. You don't know koala feet? That's when a koala gets so dumbstruck by something beautiful in nature like a rock or a boulder that he forgets how to tie his shoes. You'd make a koala rely on a zookeeper to tie his shoes for him, or maybe invest in some velcro sandals.

I'm not exaggerating. In fact, I'm just getting started.

You're blushing... You don't even know how fine you are, do you girl? That just makes you even hotter. It's like you're a retard that wandered into NASA mission control and some balding dude with a headset and a cigarette hanging out of his haggard genius mouth sat you down in front of a supercomputer and said "Go on, save the rocket". You don't know what the fuck is going on, and you aren't even wearing regular underwear. 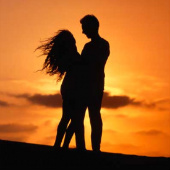 If we were stranded together on some tropical paradise and we found a four-post bed with silk sheets and a can of whipped cream, I would give you half of the whipped cream. You'd probably have to sleep on the floor because I flail my arms about when the nightmares get bad, but you wouldn't be able complain about the poor sleeping conditions. After all, I split the food with you, right? You wouldn't even know how comfortable sleeping on the bed would be, and that would just make you even hotter.

Your skin is a gently rolling landscape, its surface a milky velvet delight. I want to spend a lazy afternoon traversing every millimeter of its surface with my fingertips, held in such a way as to make it look like my hand is skateboarding.

What gorgeous hair you've got. It's like a hundred ropes. When I smell it I become intoxicated, like I just used too much ammonia to clean up a poorly ventilated hospital bathroom. I could lose myself in your hair if it was big enough to make a maze. I'm horrible at those things, which is pretty much the only reason why I couldn't become a professional hedge maze solver.

Your eyes are like sparkling diamonds in a sparkling stream and someone went nuts with a Bedazzler on all the tadpoles. When I look into those eyes, I am blinded to everything in the world but you, and that poster on your wall with the two girls kissing in black and white.

Your legs are long like the line I waited in to see Star Wars: Episode One. I sat there for twelve hours without going to the bathroom, and the local news asked me a few questions live on the air. If he were to ask me about your legs, I'd have a lot of flattering things to say but I'd probably steer the conversation toward Star Wars.

Your breasts are like a slightly mismatched pair of oversized oranges. If I grasped them with my strong but tender hands and gave them a honk, the sweetest orange juice would drip out from every pore. I'm not being poetic, I genuinely believe that's what would happen.

Your lips are a pair of pillowy security doors hiding a dangerous secret: Your teeth. Your teeth can bite and chew, but your lips can kiss and sometimes form words. Your whole mouth is a dichotomy. Think about it!

My absolute favorite thing about your body, though, is the nape of your neck. It's like an NES cartridge. I could spend hours leaning in close, exhaling hot whispers of the games I want to play into its smooth hollow, and it wouldn't have any effect whatsoever on you.