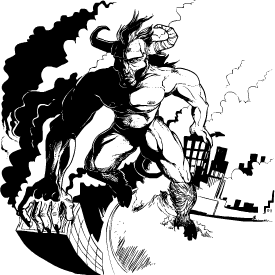 Q: Ugh. This is awkward and all but I recently repented all my sins and I booked the baptism for the 22nd (terrible preacher, did not warn me in advance, DO NOT USE). Do I get to go to Heaven? (asked by Leovinus)

A: It depends on the Yelp review you wrote of the preacher.

Q: Is service tiered like in Mormon heaven(s)? (asked by ClosedBSD)

A: There is no tiered service in Regular Person Heaven thanks to the Ascent Neutrality Act.

Q: I've recently taken to living inside a building. There are multiple floors above me, should I wear a helmet in preparation for my vertical ascension? (asked by Red Crown)

A: Stop thinking about yourself you asshole! If you were a real Christian, you would be more concerned with your neighbors above you. Go to the apartment(s) above you and see if they are true Christians whose souls are saved. If they are not, give them your helmet and say "hey, I might be traveling at supersonic speeds Friday, so you may want to occasionally look at your floor and make sure I'm not flying through it and knocking your bong and stereo equipment over." Neighborliness is next to godliness.

Q: Once the Pope gets raptured up with all the rest of the pious folk, will the rest of us mediocrally pious folk who haven't been raptured have an opportunity to apply for the new Pope? Maybe all the Satanists who come out of the wood work will elect their own Devil-Pope. What I'm trying to ask is, I want to be the new Pope. (asked by BigHead)

A: Good news! The pope is an old, gross-looking, creepy white dude, so all you need to do is figure out a way to get old.

Q: Will there be babies in heaven? Or do they go to their own separate baby heaven? (asked by Tardcore)

A: Since babies aren't technically human beings (that's why they are called "babies" and not "human beings"), the laws of Heavening applied to babies are the same of animals; there is a Baby Heaven, which is essentially a large, white room full of giant, throbbing, pulsating tits which erupt in a giant geyser of lactation every ten seconds. This is also the room used for Gross Man Heaven.

Q: During ascent, will it be possible for smaller creatures to get pulled into my gravitational field? I don't want to show up at the pearly gates orbited by bunch of flies who just happened to be in the right place at the right time. (asked by Quiet Feet)

A: It really depends on your weight and circumference. Those with a waist size larger than 44 inches run the risk of creating what's known as an "Local Ascension Field" during travel, which can (in theory) cause various woodland creatures to adhere to your person during flight. These animals will be returned during arrival; if they are dead, then indeed, God will sort them out.

Q: In heaven are people like drunks where they just walk around like "Ooooohh I'm so blissful right now"? (asked by Hexum)

A: Yes, but it is considered sacrilegious to compare angels to alcoholics. They act more like heroin addicts.

Q: Do ghosts of former living people get Raptured? Or is it only living human beings? (asked by THE HORSES ASS)

A: Yes! Everything dead will be processed through the Heavenly Supercomputer of Judgement! Expect to encounter and party with some really awesome terrifying skeletons and cremated remains!

Q: I'm straight, but what if I wanted to be gay in heaven? Just to try it out? Do I need to get a visa or is there a shuttle or something? (asked by Gr3y)