I'M MARRIED AND AMERICA IS ABOUT TO GET A DIVORCE 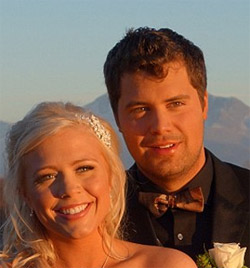 I'm not saying me and sunny plan to have a bunch more kids, I'm just saying I don't know of any ways to stop it from happening.Yo, what is up, turd-tuggers? I hope life has been treatin' you good. A lot of shit has gone down since my last report to the Internet, so let me bring you up to speed.

Hurricane Sammy hit New York City and mayor Chip Crispy went to look at boats with Obama like a post apocalypse Laurel and Hardy. That fat fucker got a call from Bruce Springsteen and he said he is voting for Brock Obama to be president which pissed off some people who were from weight watchers I guess.

Around the time that was happening in even bigger more important news I got hitched up to my loving girlfriend Sunny who is a beautiful babe who is also the mother of my daughter Breeze Beretta and probably the second best chick in town at taking it all the way to the microphone stand when she freestyles if you know what I mean. I mean she is a pro gagger who gets off on unit puking, so if yall like sick duck sounds you can just wait to around 10 pm or whenever the baby shuts the fuck up and stand outside the window of the trailer we are squatting until we become defacto owners. It'll sound like Donald Duck is choking on a five dollar foot long and the reality won't be too far off.

So the election shit happened. A bunch of people voted and I forgot to do that but the only election I cared about with my vote was Roy Pepperidge who is the sheriff that put me on house arrest for choking out a notary public when she tried to make me pay 1.75 for her autograph. I was like "What the fuck wayne gretzky you think I'm gonna put this up on ebay I'm just trying to officialize my patent application for my three way pistol idea, which I think is gonna be our secret to defeating osama bin laden in the war on terror. Get the triple shot into the hands of some navy seals with head bands and camo pants and they will fuck up alcatos." So then I got arrested for that including getting tased even though I have a heart condition caused by monster energy drinks but I pleaded not guilty since I was on itchy and scratchy at the time of the incident and everybody knows if you take Dextrosomyl and smoke it with weed it will make you start thinking everything is a cartoon.

Anyway the election is my main message, so pay attention. 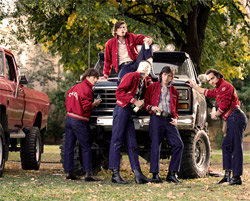 The Zetas haven't got me yet but only because I had bigger monster truck tires on my pickup.First of all a big fuck you to Mitch Romney who lost his shit like a bitch even though my cousin Gandalf - and don't even say shit because I have heard it so many times I will fuck you up if you start with that on me again - convinced me to invest a bunch of money on Mitch Romney on this stupid web page called Intrade. He was like "oh no way dude he has got this you got to unskew that shit and you see the truth" and I am big into truth seeking ever since I learned Ice Hand the lost wendigo martial art from the spirits of past wendigos who appeared to me when I tried smoking one of those pucks that turns your toilet water blue so anyway I did what Gandalf said and invested a ton of money on Intrade and guess what???? Mitch Romney lost. And Gandalf isn't anywhere around, last I saw he checked in on Facebook was at the peach pit, the strip club that's outdoors at a gravel pit during the off season.

It wouldn't be a big deal to me because it wasn't my money, but that's just the problem. It was the Zetas money and now they are after me. Those stupid motherfuckers gave me 18,000 dollars to buy Of Montreal which is what they call Quebec LSD which comes as acid-soaked jigsaw puzzles of dogs and babies and so to cover up that I spent all their LSD money losing it to mitch romneys stupid ass I soaked some puzzles in cream soda and gasoline and I guess I made one of the zetas go blind. So now I got my head on a swivel watching out for the Alpha Omega Zetas to drive up on me in their pickups and drag me off to do some hazing type shit at U of A like blindfold me and make me eat a dog's dook-knot or put my hand in spaghetti or something. I'm too busy to deal with that shit.