GOT TO GET HOLLYWOOD PAID 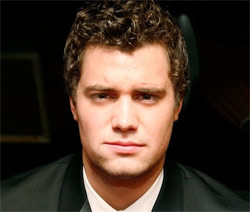 Down but not out. It will take more than the palins to take me out.What up, n-words?

These are dark times in Johnstonland, my faithful friends. My R&R fund has run dry, I accidentally punched a 2x4 in my wall, I broke my cousin's Netflix movie by stepping on it in my skates (I wasn't even drunk), and I got my driver's license took away for running over some gay ass Canada geese and so now I gotta drive a snow machine to my secret job at foot locker.

That's just the half of it. Bristol has been riding my ass for child support claiming the 1,688 dollars I already got to pay her a month isn't nearly enough. Now she is acting like I'm some sort of big money hustler and she is like suing up CNN and Playgirl and GQ and all the rest to release my income statistics for my earnings. That's not her business, one, but two on top of being parsonable nomgrata with all these people already I'm fucked extra because my ex-girlfriend is annoying the crackers out of them.

I realize I am a man and I got to take care of my babies. That ain't the problem. It is this Obama economy up here with all the recessions and shit he caused. I was lucky to get hired part time in the hockey jerseys and skates department of foot locker at the mall. Not even chili's is hiring right now and that place is always hiring. But that's all cool, because I have got some mad Ricky Hollywood shit ready. Been talking to Tank and he agrees it's time to take my career to the next big level.

I'm talking about creative. I'm talking concepts and directions and shit, not just acting and TV deals and pilots or what have you.

The plot is a huge-tittied lady is elected president and she is getting it on with her hockey star boyfriend and then after they screw for like 5 minutes hardcore he goes to take a shower and then she drinks some tea but the tea is poisoned and puts her in a coma. The hockey star boyfriend is called in by the CIA and he has to escape or they're going to kill him, luckily he applies all his hockey skills and physical excellence to overcoming the secret agents of the CIA.

Meanwhile his hockey team is scheduled to play against the Russian hockey team at the Olympics, so he steals a jet and flies to the Olympics and hits the ice. He discovers some clues in the locker room of whatever that indicate the Russian president gave the poison to his huge-tittied President girlfriend. 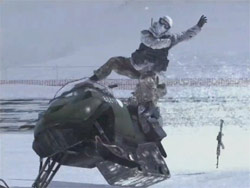 Snow machine was not taking from call of duty they just happened to have one in there too.So he starts getting ready to stomp that dudes Kremlin asshole out, but then he realizes somehow that it's a trap and it was the CIA that poisoned his girlfriend so he would kill the Russian president and start WWIII. Credit where credit is due that part and the Favela part is based on Call of Duty Modern Warfare 2.

So the Russian President helps the hockey star escape after he trounces the Russian hockey team like 15-2 and only 2 because faggot John Grahame is the goalie (and also CIA tries to shoot the hockey star but gets yoked into the glass and punched and starts gurbling and shooting blood Malarchuk style like a straight up bitch.

Some other CIA faggot runs out on the ice as the hockey star is leaving and the hockey star punches a gun out of his hand and then Bill Mastersons his ass and throws him down the ice and scores a goal that makes the goal horns blast. Then it will flash a graphic up on the screen and say USA - 13. Then the hockey star goes with the Russian president in a secret Russian helicopter and flies to the CIA base on the top of Mount Rushmore where he has to karate fight a bunch of dudes. Some ninja lady throwing stars the shit out of the Russian president and falls out of the helicopter and straight down Abraham Lincoln's throat. CIA activates Roosevelt lasers and shoots down the helicopter, but I jump free and run into the CIA base.