ILL GIVE YOU A MESSED UP BABY FOR YOUR CAREER

My idea is simple. I get hot chicks who don't have a dude but they want to have a baby, before marriage, when they're young, and then I get them crazy pregnant, and the baby is messed up on top of it. I could have different tiers of service. 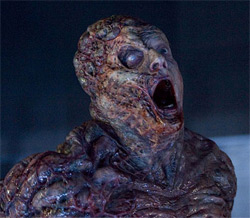 All grown up!Tier One - Out of Wedlock - This baby is pretty much normal but you're like murphy brown or some shit being strong and a single mom. I will be the perfect no good dude who knocked you up and left you with the responsibility because I am a stone cold motherfucker. You can tell everyone what a shithead I am and cry on TV or something for a payday.

Tier Two - No Arms - I don't know how, but there's got to be like a fucked up pill I can take so the baby we make doesn't have arms. We just make like this little snake baby and you can get paid crazy snake baby money and the whole world will be blown away by how strong you are for raising that snake baby to respect itself as it's crawling around on its dumbass face trying to eat nickels off the carpet. Also available in: All Feet (a face and a bunch of feet), Outside Lungs (saw this in a movie), and Yolk Dog (if you don't know, don't ask).

Tier Three - Fucked Up Brain Baby - Could just be a retard baby, but we could go more exotic, do like a Mars Attacks baby or like a Baby that's super smart but only in one really useless area, like he can't put on a shirt but he could tell you anything about Ice Cube. Straight up anything, like where he is right that second or how many hairs are on his arm or what his favorite kind of yogurt is. Ask him anything else and he starts screaming and biting and shit, which just makes you look even more powerful and so brave. 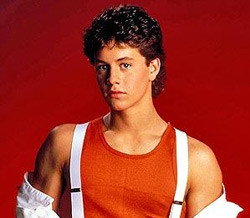 He will show you that smile and a lot of $$$.Tier Four - T-virus - Yo resident evil is real and they just don't want you to know it. They made the movies to discredit the facts about umbrella corp. I will get you pregnant and then get a giant pulp fiction needle and put it into the baby and turn the baby into a tyrant nemesis or whatever. That motherfucker is gonna have like tentacle arms and no skin and hammerhead shark DNA and shit. He will come out of there and do whatever wesker says. If you can survive all that the money is going to be crazy. Endorsement deals and shit like buy this frozen entree because my tyrant baby loves mac n' cheese.

Tier Five - Angel Baby - I am still working on this one but there has got to be a way to summon an angel into your baby or something. Like trick god into a hockey match and if he loses he has to come back from the dead as your baby. This is the ultimate play because then you get into the fucked up Left Behind money. Have you seen Kirk Cameron's house?? He bought his dog a formula 1 car.

I will charge you a flat 5,000 fee or 2,000 if you are super hot. I will also require a couple points on the backend on your big payday, but that's negotiable. If you could pay bail for Bodie that would get you a freebie. He's locked up on capital murder charges and needs 250,000 bond, but he didn't do it.

This happens like every other year because he looks exactly like Big Biter, an Alaskan Brown Bear that likes to kill and eat old people near the old folks home. They go wandering off and the next thing you know there is an APB out on Bodie. Then they bring out the bear pepper spray and he goes into full on Zangief mode and starts tossing cops around until they finally taze him unconscious.

The important fucking thing to remember in all of this is that I'm just trying to help people and make a living. Because collecting and reselling people's patio furniture is fucking hard as hell to get by on in Alaska.