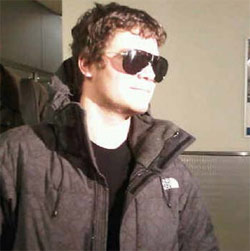 ok so I'm not looking like gq cover model right now but you try doing that when your constantly under attack by the bias media and the palinsSooooo you are not gonna believe this, but forget about all the bad news as usual I just had some weird shit go down over the weekend and I got to spill.

Yeah, yeah, I got to pay like 20,000 grand to my stupid ex bristol who lives in a giant house so big bats living up in the rafters and they can't even figure out how they're getting in. I would tell them dumbasses just smoke some kim jong illest north korean kush and see which way the purple haze goes.

And if it was me blazing it I would burn it down to my lips in one suck and they'd be all sitting around looking at their watches waiting for me to let it out and when I finally did their hair would blow back and they'd be choking like jakesully 3d BABEEeS getting all dizzy and have to open fucking windows and let in bats anyway so what's the point in me even trying to save these trifling bitches. Blow up the tree fuck it.

Fuck them anyway. Bridge to nowhere, give me a fucking 4-wheeler ramp and I will straight up atv ramp that bitch and drive to the airport and power slide into the best space at the airstrip and save you like 20 million sarah. Just remember I saw your titties out and spraying milk all over the place like you had a couple scared turtles on you and that was BEFORE "you" gave birth to trog. So just recognize and stop legal eagling me into the ground here lady. 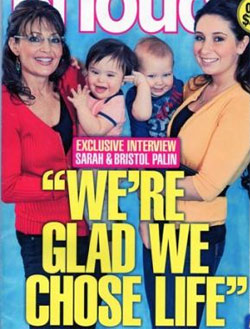 Like you had a choice girls once you get the johnston inside you it has gotta come out and if you put the hook up in there it will just fight that shit off like peter panSince you got the stand up prescription from ultimate comedy docotor jay leno why don't you fly your wolf plane to the laugh factory and try out some new material about real america. You've got a solid five minutes about being a fake hillbilly living in a mansion and being mean to poor people. If you want to headline you're gonna have to stretch that out to 20 with some mexican jokes. Or you could try something else. Remember when you were gonna try and be an energy expert and then you went on bloomberg and you got confused about the difference between natural gas and gasoline and then kept calling trains rollercoasters?

Anyway so my memory is a little fuzzy cuz I was fucked up all weekend getting drunk as hell. I think it was friday and tank got a call and he called me and he says gaga wants a meet. And I was like that dude with the dick and the pussy hole? And he was like yeah that's her, but she don't have a dick. I figured tank was just fucking with me because I have not exactly been bringing in any money.

He gave me some gps coordinates and I put them on my garmin with the hank hill voice that finishes every direction with, "bobby." I don't have a car anymore, but I have a snow machine I stole off the back of some guys truck. There isn't snow out now so it still drives only it makes this scraping sound and throws sparks everywhere I go. Whatever it's still legal in wasilla thanks to a law mrs. palin passed when she was mayor that says that buffets have to allow you into the restaurant to drive through the buffet on a snow machine. Old country buffet closed after a guy wrecked into chaffing dishes and drowned in scalding ham water. The law said you can go anywhere anytime on a snowmachine, even daycares, and far as I know the fuckin law still stands.

So I got to these coordinates after like hours and fucking hours of driving and listening to jock jams on my zune. Anything to get me pumped up pretty much to stay awake. I might have also had some cocaine, I don't remember. Don't do drugs if you're a kid reading this. So my garmin is like arrive at destination, bobby and I shut it off and it's just right by some lake (maybe the ocean don't know for sure) and nothing was fucking going on. I went over to the lake and took a mega high life piss, just chugging it out there on the water scaring the fish, when all of a sudden fucking sasquatches come out of nowhere. 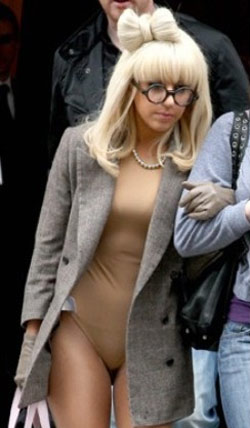 I don't even know wtf this shit even is but it would be liking fucking that pink thing from yo gabba gabbaOf course sasquatches are bullshit from lord of the rings and in a second I realized it was these dudes in fur coats and with fur hats and beards that were real tall and they grabbed me and then I looked back at the lake and there was a fucked up submarine coming out of it.

We went up a ramp into the submarine and it was real dark and then all these lights went on and it was really white everywhere, like the floor and walls and everything. There were some dudes driving the submarine and they were wearing like these little tiny thong pants and these plastic tuxedo shirts but they only went down a little bit from their neck and then just ended and they all had victim written on their chest in creepy red text like that font mexicans put on their cars. And they were all wearing hats that were cut in half down the middle.

Then the fur guys took off their coats and I realized they were all hot naked chicks with huge oiled beards standing on platform boots. I was staring at their titties and followed them into some room with a glass dome so you could see all the creepy fish and shit. Then I noticed lady gaga was in there dressed like the statue of liberty and painted green with running mascara on her face. And she had that toga thing and clear plastic windows on her butt and crotch and boobs so everything was all hanging out.

She asked me if I was Jewish and I said I don't think so and she said I guess thats okay and made me put on one of those metal helmets with the little glass opening on the front for scuba diving only if you're just like walking around under the water. Then her designer came in on a stretcher type of thing with these two oiled up naked dudes carrying him and he said I had to be fitted for cod pieces and I said no fuck that. Turns out I didn't know what it was exactly, because it men this lady or dude (not sure which) came up on a mini elevator to the room and then she started messing with my junk and then made a mold of my junk or something, but it felt pretty good so I just went with it.

Then she told me that she had a really special job for me and she said she needed somebody to get close to president obama and fuck him and I was like what the fuck this is fucking crazy. No. I ain't doing no gay shit definitely and then she brought in this black lady who was dressed in a suit and tie and I was like whatever I can do this now. So we started doing it and then this pink gas started shooting into the room and i felt someone touching my butt and I think it was todd palin. I'm not sure.

Then I went unconcious and I woke up all cut up laying in some bushes outside the D&A shop rite and I wasn't even dressed how I remembered, but...

Shit, you know what?

I fucked up, because this shit was the shit that happened on some cat valium.

Like it may have happened, probably could have, you know, but I am not 100% for sure certain and I don't want to get sued for label because I am fucking broke as shit right now. If you guys see Kathie Griffin she still owes me like 5000 dollars for going on her bs show don't know if the episode aired because they don't get the gay as hell channel on the tv at the retarded motel here. No offense to gays or select inn executive suites of wasilla who are both cool with me.

I just wanted to say, I think I've wasted your time. I think this is the first time I have wasted an hour of your time and I apologize for that. 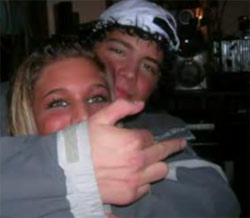