ARE YALL READY TO SEE MY SISTER'S LANDING STRIP? 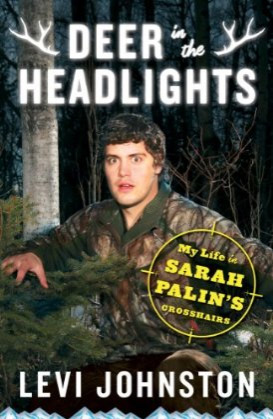 Here's a fresh excerpt I asked them to add to one part but they said "oh shit we printed this like three months ago you can't add shit anymore" and I was like "FUCK YOU my fans demand all the info staple this shit in sideways if you have to." I was jet skiing and dropped my phone in a man made lake right after I said that but I assume they agreed to put this excerpt in:

appendage: welcome to the palin family

I was trepidating as I entered the palin lodge. There was some weird gay ass music playing real loud, like church music but scarier and this big piano with all kinds of tubes at the opposite end of the lodge. There were all kinds of animal heads on the walls, but not like regular shit like a deer or something, it was like fucking cobras and owl heads and shit on little wooden shield things like a trophy.

There were these people standing up by the piano they wearing all wearing these red suits like for a woman, but what a woman might wear in the year 2060 if Nazis won WWII and conquered the world. I couldn't see their faces because they had on these weird white masks of the same face, but as I got up close they opened their robes and it was all naked chicks. I could tell by the shape and color of the nipples on one of them that it was mrs. palin.

WTF??? I am thinking as this music is getting louder and louder, but I remember what bristol said about just keep walking. The music is so loud I can like feel it my chest shaking my shit up and then it stops. This dude playing the piano with this big furry cape stands up and spins around and it is that lactonic motherfucker todd only he's not just todd, he's wearing a white todd mask. I realized everyone was wearing the todd mask and he had one for me! He held it out towards my face as all these chicks grabbed my arms.

NO NO NO I was screaming as the mask came towards my face.

Then I woke up, breathing a sigh of relief that it was just a dream. But then like the camera panned back and you could see IT WASN'T!! I was tied to a big table thing like in a church and I was naked and wearing a todd mask and mrs. palin was hopping on my business with her big titties flopping up and down while everyone else was watching and holding candles and chanting TODD TODD TODD TODD TODD and Piper had a black knife and her eyes were on fire and she carved the rune of the palins in my chest while I was screaming and crying and jizzing huge loads up in mrs. palin's messy mound.

And that is true it's exactly how I joined the palin family.

Anyway, you guys have got to check the book out. It comes out around when my sister's boobs will be in playboy. Get both!

Ahhhh my shit is burning on the grill! You dumb fucks wasted too much time reading this!