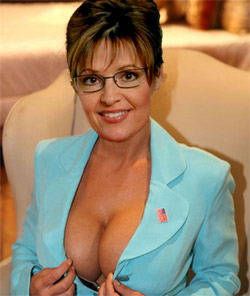 Oh no men are so sexist Im just gonna wink a whole bunch and take all these photos of me stretching in hot pants. SEXIST!!!I don't know I think it's pretty hot but then I keep hearing her ripping farts and talking about hydroxycut and then she would start rubbing my leg and getting real close and talking intensely how she wants me to cuckood todd in their basement and I don't even know what the fuck cuckoo means.

I just got this feeling like I would be doing her and Todd would come out with a plastic bag over his head and start rubbing my shoulders in the middle of banging mrs. palin. But anyways, that's not what I want to spend 20 minutes talking about, so hopefully I can talk about my Playgirl photos.

Before I rap this shit up I got to take a few minutes to refute some items discussed in Mrs. PAlins book going rogue. These are actually taken from the book so if yall have a copy just look it up in the index that is in the back of the book that they included for easy reference. 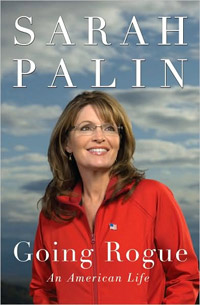 Claim: Mrs. Palin tried to ramp a 4-wheeler with Torp in a bjorn and she rolled it and crushed him and made him retarded that way.

The truth: Mrs. Palin thought retards were caused by witch curses until Toop was 8 months old and I convinced her he didn't have no witches mark on his scalp. Little dude was born that way and it was caused by drinking and doing pills even though I told bristol not to. Or that shit might have been genetic, but not from my family because we've never had a retard.

Claim: Todd had to have a talk with me about taking care of Bristol after Mrs. Palin found out she was pregnant.

The truth: What? No serious this is BS. The only thing Todd talked to me about was trying to explain why he put a tape recorded in the bathroom, which was real messed up because it wasn't even a camera or anything, it was just a tape deck and he recorded sounds of us going to the bathroom. And Todd said it was for medical reasons and then I was like "take some pills bitch before I put that shirt over your face and feed you some fists" and he was like "hey hey I'm a man of peace" and said "piece of stupid BS get out of my sight" and I fake punched him and he flinched big time and then ran out like a little baby getting read to cry.

Claim: mrs. palin never got her titties out while I was around.

FALSE
The truth: this was a lie by omention. Mrs. Palin never mentions the time when I was outside cutting the bushes and she was just walking around the house with her tits out and she saw me and the took her pants off and put her butt on the window and I was totally ready to come in and do her but then I saw the fur on the south pole and I was like I'm a member of PETA or some shit and I told Boadie about it and he didn't believe that shit, so I got mrs. palin drunk as fuck on box wine and then took pictures of her cooter on my phone, but then I lost my phone white water rafting so I can't put those up on my facebook now. 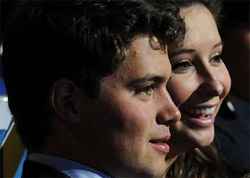 I can't say nothing bad about bristol because she is the mother of my kids, but on the other hand she has gotten way fat and I heard her favorite food is chocolate hotdogs if you know what I mean. Hard to get those in alaska but whatever. She must real have a craving.I just want Mrs. PAlin to know I can keep doing this all day long. I got like a whole untapped Ricky Hollywood reservoir of shit I can drill baby drill that up and lay that out on larry king or something. He can ask all he wants about settlements and sex tapes and I won't walk out on that shit. I'll take calls, whatever.

You got some tea party homos you want to call in then do it, and I say that with all dude respect to real homos who would not do that tea party shit ever but probably will hopefully check out my crazy abs in playgirl. Seriously gay dudes, check that out. You will not be disappointed in the Johnston.

PS - Free Tibet! Saw some shit about that shit on a Beastie Boys DVD I watched over the weekend. America needs to get the fuck out of tibet and obama needs to do some of that shit.