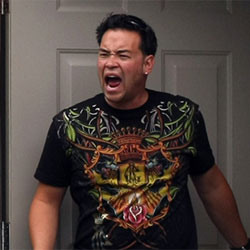 I don't know why this dude is always so pissed but Ed Hardy is probably pretty mad.Sort of like how I spent a week protesting History channel for not having a show about that Chumlee guy and how he goes to the bathroom. How does that dude wipe his ass, History channel? Why are you afraid to tell us? Fucking Chumlee, that dude rules. I want to go in there and see how much they'll give me for a pair of Bristol's period panties. I'd be like seriously dude you could do some Jurrassic Park shit on this and clone out some Bristols and Chumlee and me would then go out back and do some shit like throw throwing stars at a dummy or something cool that they had in the shop and then the old dude would come back out and say "a million dollars" and then I'd pump my fist like crazy.

Of course why this Chinese dude was so pissed about Duggars and Kate plus 19 or whatever is a mystery when you've got Sarah Palin's Alaska TV show coming on. I mean, seriously Discovery Channel, WTF!? What are we going to discover about Alaska from Sarah Palin. You could learn more about Alaska watching Sponge Bob and that shit would be more believable.

You turn on her show and it's going to be Pie Sky flying around in a helicopter yelling at beavers and shit and terrorizing birds. Maybe like ten minutes where that lactonic motherfucker Todd slow jacks it while poker staring in the camera. Another five where she hangs out in her giant house that looks like it was designed by a shed manufacturer and goes down her golden fire poles into the basement-sized air hockey table she has while talking about real americans. Yeah okay Mrs. Palin lets hear another lecture about real americans from the beauty pageant millionaire ex-governor lady married to a snow machine racer that looks like the evil parallel universe version of parker lewis. Great show, fucker. Maybe you could pray some more and have some more babies. 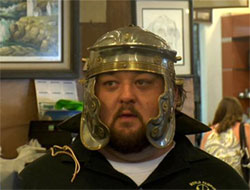 Maybe a chumlee and levi johnston road show like antique roadshow but then I get laid with nasty road broads and chumlee does man vs. food shit like eats his way through the entire dennys menu in one go.Fuck it I am on board with Chinese dude. Like I was saying his protest gives me an idea. It's called Levi Johnston's Zero Population Growth and it's all about NOT having kids. Like how kickass it is to not have any kids. You can stay up as late as you want and not have to get up to babies crying, drink as much as you want and not have to worry about drunk driving them into a lake. I realize I've got Tulk and Tripp but that just makes me baby-neutral. As long as me and Bristol don't have any more official kids then I'm cool.

So like the first episode I could go get a vasectomy on camera and then after it heals I could go pick up some hot chick at a bar and pound her hard and totally juice the cooch and then like a week later me and the camera crew can track her down and go in her house and make her take a pregnancy test. Then we could hire those Taiwan dudes that do all the 3D animations of news to do some potential possibility animations like of what would happen if I didn't get my sack surgeried. Like showing me boning her to like 50 orgasms and then it cuts to 9 months later and gremlin balls start launching out of her like she's a french dipped mogwai. Just to top mrs. Palin I could also do it in Alaska and add like some educational alaska shit in there like bang some broad right by a lake that's famous or go out to some mountains and show how you can do sex other ways so that she won't get pregnant unless she does some crazy shit with scooping and basting. 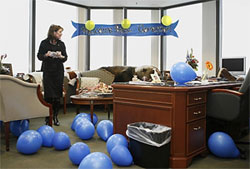 Be careful she's laying her pods!Pretty much, let's be honest, I want to get paid for railing hot chicks into next year. TV paid dude. Basic cable paid. I looked into being a gigolo and like hiring myself up to some wanton cougars who need to get messy. Maybe like fantasy parties where I come in wearing an army uniform or put on one of those white wig things and a coat and I pretend to be George Washington on Christmas and they're a hessian, which btw I just learned isn't a racial slur, but it totally should be. Fucking hessians. Just yell that at some dude and I bet he'll go nuts. It just sounds like something you don't want to be.

Anyway, turns out there is like no business for a male gigolo for cougars. I blame the MILF hunter for over-hunting faster than the population could replenish itself. That TV show Hung lied to me. It's not lonely hot housewives who want to get boned its creepy old preachers and republican dudes that want to do really freaky shit like drugs and diaper shit and make me a white house pool reporter. No way. Not down with that at all. So seriously Discovery channel, my offer is simple: save me from a life of male prostitution and save yourself from another Chinese hostage attack. Give me a show about population growth.

I shall await your reply to this proposal