Pirates of the Caribbean Online

Okay, so you have made it far enough to enter yet another tutorial with Orlando Blooms "gayer than jack" character telling you how to play with swords (which he knows plenty about). However, he shoos you away with his limp wrists since people are trying to break down the door and kill him. That's okay though since yet one more tutorial waits for you in the jungle of voodoo or some shit. 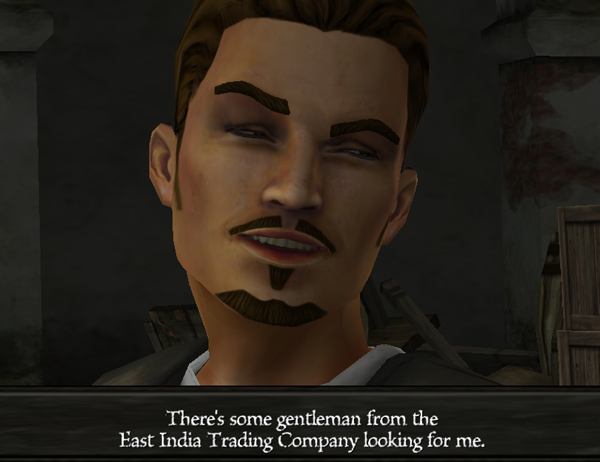 Yeah I bet they are looking for you, sailor.

After killing a skeleton you can enter some kind of make-shift jungle that is home only to the worst Jamaican stereotype I have ever seen, mon. Well that isn't true, she didn't wear a Jamaican colored beanie while smoking a "fat blunt" but the dialect still held strong and true. Anyhow I can't understand Jamaicans (GOD DAMN IT GTA 4) so I have no idea what she said but she kind of had the facial bone structure of a small dog (or maybe it's just me). Anyhow, the witch gave me some kind of compass and sent me on my way. 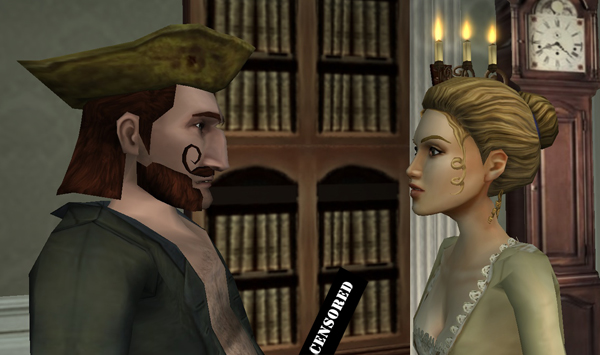 Heh... a dick joke.
Next on my pirate laundry list I had to visit the Governor's pad after killing a guard that just kind of stood there and let me smack him with my rusty sword. After one hit he quickly died of tetanus and the "document that released the Black Pearl" was mine. I went into the mansion and another chick with huge tits told me that she had to stamp it or else I would be killed. I guess killing a guard is okey dokey in pirate land but the minute you have an unstamped document in your possession you are executed. After the Governor's daughter gave me seductive looks she sent me on my way to find Jack... or the Pearl... or something... To be honest, I had completely lost track of the story line by now. 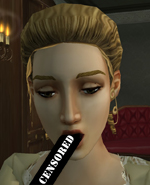 This actually didn't happen.By the way, in order to attack something in this game all you have to do is click. Sometimes if you click and click again (WOW!!!) at the right time it does a combo! Neat! This is the kind of inspirational combat system that landed it the "Game Industry News' 2007 Online Only Game of the Year award". Though to be honest (yet again), I had no idea that "gameindustry.com" existed before writing this article so I don't know the prestigious worth of this award. But hey, I am often behind the "internet times" so for all I know, Pirates of the Caribbean Online is the best (online only) game of 2007. In fact, I would like to announce that Pirates of the Caribbean Online just won the MMO Roulette Online Only Game Dealing With Pirates and Johnny Depp of all Time award. Congratulations guys!

Since every online award has some goofy graphic that the developers can put on their website, I decided to make one for Disney. 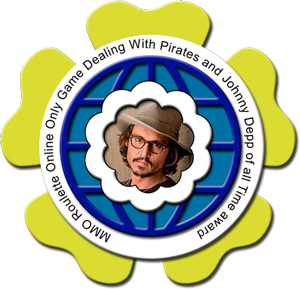 You guys earned it!