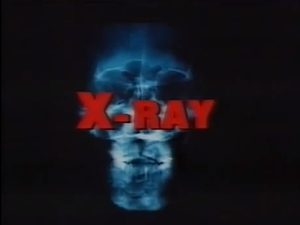 Overview: A hospital gets massacred. What do you want from us?

The Case For: If you've ever wanted to see a Hospital Massacre, you've come to the right place!

The Case Against: If you've never wanted to see a Hospital Massacre, this movie may not seem very good to you.

Trillaphon: GREETINGS WORTHLESS MORTAL INSECTS. I AM TSUNG TAO, LORD OF BONES AND ASHES, SUPREME DIVINER AND IMPERATOR OF THE OTHER REALM. BEHOLD, I GIVE YOU THE GIFT OF SIGHT BEYOND SIGHT - FOR WHICH YOU ARE MOST UNWORTHY AND INADEQUATELY PREPARED TO RECEIVE - BUT ONLY TO CRUSH YOUR PUNY SOULS TO PREPARE THEM FOR DEVOURING. LOOK UPON THE TWILIGHT OF YOUR UNIVERSE AND DESPAIR*:

*WARNING: SCENES IN MOVIE MAY BE WAY LESS AWESOME THAN THEY APPEAR.

Trillaphon: You know what, it's about time we got to review a movie with an accurate title. Hospital Massacre - there's a hospital, there's a massacre, what more could you want?

Hydrogen: That's definitely the recipe for a mediocre, forgettable slasher, but of course if Hospital Massacre was mediocre and forgettable we probably wouldn't be doing this to ourselves.

Trillaphon: Slasher? I thought this was supposed to be a documentary about why no one should ever go to the hospital because they strip you naked for no reason, jam needles full of hallucinogens into your eyeballs and leave you strapped to a gurney in a room full of gypsy hags.

Hydrogen: This movie is literally what paranoid extremist talk radio hosts think Obamacare is. Panels of elite ivory-tower doctors, strapping you down to a table and giving you a surprise mandatory tracheotomy with a scalpel. 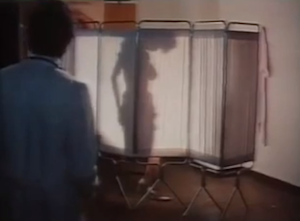 Trillaphon: "I went in for a blood pressure test and a madman chased me through an abandoned operating room/torture chamber and then melted my face off with acid, thanks Obumblebee!"

Trillaphon: This has to be one of the only hospitals with both a Dramatic Sheet-Removal Unit and an Open Air Spike Pit.

Hydrogen: And doctors who run around wearing sheets and yelling BoooooOOOOooOOOoOOOo! at patients.

Trillaphon: That's exactly the kind of cutting edge, forward-thinking healthcare I expect from the birthplace of Amputainment.