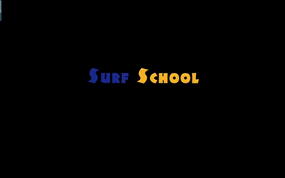 Overview: I have been staring at my monitor for about three hours now, eyes bloodshot and encrusted with mysterious substances. I'm no stranger to the awful, but sometimes I come across a game or movie so bad that I almost don't want to joke about it. I should not be writing a comedic article about Surf School. I should be holding a candlelight vigil for all of the brain cells that have valiantly lain down their lives in the line of duty. They didn't even have a chance.

The Case For: They certainly do pack multiple gags into each and every scene!

The Case Against: ...about boners, pooping, and wacky homosexuals.

Know a terrible movie?: Email me! 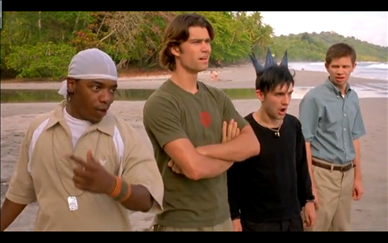 You guys may be handsome and completely without personalities but unless one of you becomes a zany Jew from the Bronx you will never be the Cliche Superfriends!

Maybe I should be more positive about all of this. Yes!! Another movie where we celebrate high school as the most important part of the human life cycle! Because we learn about genitals in high school!! Gee isn't that cool, a movie about high school and that also talks about genitals??? A whole lot???? And then makes you watch extensive footage of a man detailing the fruits of his labors to his pals?????

There's no shortage of embarrassing movies like this, of course, but Surf School is double-extra-sugarplum-special. It manages, somehow, to take the nauseating but basically infallible Teenage Movie Formula and somehow fuck it up. I mean Raptor Island has cuddly animals, and at least Transmorphers looks like tacky porno if you get drunk enough. Alas, Surf School is a yawning void of creativity, a black hole where mediocre ideas are torn asunder and reborn as beings of pure cliche and tack. *sips chardonnay* I mean for God's sake, the story starts off with a trio of BULLIES standing around scoffing at some MISFITS in HIGH SCHOOL. See, our misfits aren't allowed to go on the CLASS TRIP to Costa Rica because-- 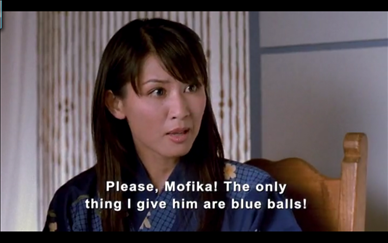 Oops! There goes the soundtrack, reminding you that you should forget that Joel Silverman wrote this screenplay by jamming a pen into his urethra and waving his boner around! Don't bother trying to follow the plot, because there isn't really one. Everyone is immediately in Costa Rica, where they must train vigorously to face the bullies in a huge surfing event that hundreds of beachgoers crowd the sand to watch. A surfing event where the contestants are eight dweebs from some miscellaneous American high school. Right.