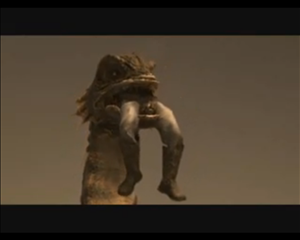 At a glance: This is a movie about the Loch Ness Monster that takes place on an entirely incorrect continent. Nevertheless, it has touched my heart for its qualities of cinematic excellence, such as "not being Surf School."

The Case For: Sci-Fi Channel movies have blood and guts, no fart or sex jokes, and no female characters that make me want to carve my stomach open and hang me by my Fallopian tubes!

The Case Against: Nothing, unless you count bad acting, silly death scenes, jingoism, rampant product placement, and awful pseudo-science. But if you did that everyone in the movie industry would be out of a job.

Know a terrible movie? Email me! 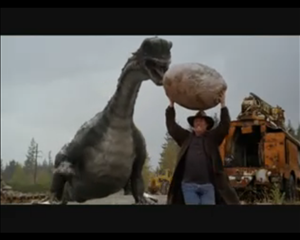 Yeah so I just wanted to point out that they keep referring to Nessie as both a plesiosaur and a dinosaur, even though plesiosaurs didn't have legs and were MARINE REPTILES, not dinosaurs. Please boycott all future Sci-Fi Channel movies until they learn to respect the dead. Of course, an oldschool monster like Nessie is going to need some upgrades if we want to keep the newest generation of tinfoil haberdashers interested. Not only has Paul Ziller given her legs so she can plod around and murder camping teenagers who might be thinking about having sex, he's also given her a fucking visa and shipped her off to the United States of We Won't Watch Any Movies where People Talk in Funny Accent. That's right, they rolled a symbol of Scotland up in bubblewrap and sent her halfway around the world so we can watch horrible AMERICAN actors flail around in geysers of their own entrails. I think this is what I get for making fun of Shrooms.


We do get to see a brief scene that actually takes place at Loch Ness, set in 1976 and starring two Scotsmen and a spunky AMERICAN boy. It's clear from all of the intense squinting and Atari noises in the background that these are supposed to be scientists, and they remind the kid that his AMERICAN dad is a very famous AMERICAN scientist who will send all sorts of AMERICAN data about the Loch Ness Monster back to AMERICA. "The Loch Ness Monster doesn't exist," the kid replies AMERICANLY, not knowing the punishment for skepticism on the Sci-Fi Channel is watching your

Why don't I just make animated .gifs of everything worth seeing in this movie.family get ripped to shreds before your eyes. Which is pretty much how I remember Catholic school working.

So now that we've spent 5 minutes acknowledging that other countries exist even though there aren't as many people in them likely to spend money on our movie, we jump ahead 30 years to a brighter, more AMERICAN-er future in a scenic lakeside village. Here we meet Josh, a weenie who runs the local bait shop and whose mom is the sexy town sheriff despite not being a blond. Josh is hung up on his ex-girlfriend Zoe and likes to hang around 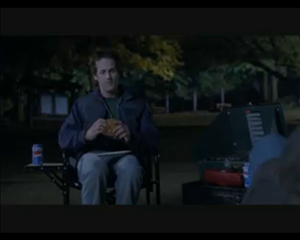 While sharing some delicious PEPSI-COLA brand soft drinks, Josh and McCool bond over both of their dads being dead. This was also the plot of the recent Star Trek movie, but with more punching. her dropping compliments like "nice wetsuit." Of course Zoe also has an actual boyfriend right at this second who understandably responds with some good-natured bludgeoning, but we're supposed to feel bad for Josh anyway because the boyfriend is blond and attractive and is probably even good at sports. Man, it's just like that douche in high school that tricked your Sadie McKenzie into dating him even though he was an asshole who didn't respect the quivering flower of her ladysoul. You followed her around for three weeks insipidly complying with her every stupid whim and didn't even get laid. Slut.

Anyway, Zoe, her boyfriend Brody (yes, really), and two other delectable morsels zip off to an island to fuck and also die, leaving Josh to sulk in his bait shop alone. But with the deep twang of a southern guitar, the most ruggedest dude this side of Indiana Jones fanfiction saunters in. Cigarillo clutched in his teeth, Mr. McCool -who is of course the plucky AMERICAN kid from the beginning- announces that he is a hard-hittin', sharp-shootin' cryptozoologist, and he wants Josh to be his sidekick as they patrol the lake for murderous lawn care supplies. Josh nearly shits himself with eagerness because he is "an avid reader of Science Digest," even though cryptozoology is about as close to science as Ms. Cleo is to Carl Sagan. But Josh can't think of anything more tubular and/or rad than McCool's crypto-cred, even though in real life cryptozoologists tend to look a lot less less like characters on Firefly and a lot more like this: 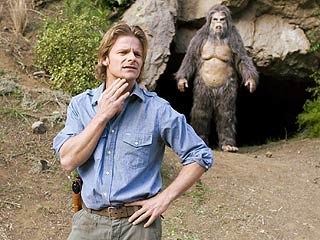 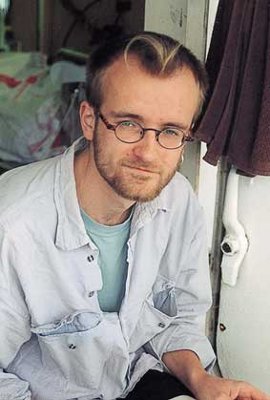 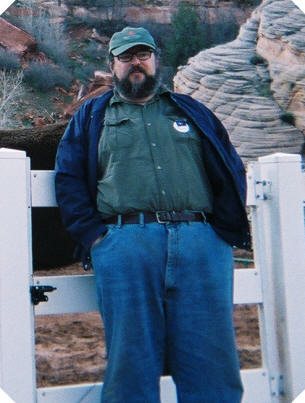