Rich Nice goes to what I've taken to calling the karate school, looking for Sirus, but finds only Sensei Bo. Evidently, Rich Nice is none too pleased that Sirus talked Robert out of making a deal with one of his boys, and he drives his point home by sending Raven and Dope Fiend after the Sensei. Unsurprisingly, the goofy retard with his shirt tucked into his shorts and the stumbling drug addict provide little challenge to Sensei Bo. However, Rich Nice drops him with a single kick to the chest, which, in case you were hoping for a big, dramatic finish to this martial arts movie, is the last time Rich Nice actually gets involved in a fight. If you bail now, I wouldn't blame you. 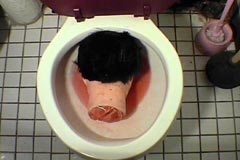 Okay, come on. This is just sad. Think of all the wasted glaze!Robert's mother is checking her makeup in the toilet one day (seriously), when she notices a peculiar, ham-like object floating in the bowl. But wait! That's not a ham at all! It's Robert's severed head! The reverend conducts a lengthy, stilted, impossibly boring funeral for poor Robert. The service is especially hard on Sirus and Dan. After all, they just lost their janitor. They spend a solid five minutes grasping at one another telling each other how much they love, adore, and respect each other, then they proceed to make out. Oh, I'm sorry, I mean, then they form a pact to take down Rich Nice's criminal empire once and for all.

So begins their urban ninja revenge. First, a two minute montage of Sirus getting dressed in ninja garb. Seriously, Vince Bowman wastes an entire two minutes watching Sirus lace up his crappy dollar store ninja costume. Then he wastes another two minutes on a training montage. Generally, the "good guy getting dressed for war" montage comes right before the action, not right before the training. After all, it doesn't seem like there's an awful lot to be gained by Sirus and Dan doing an exhaustive workout in heavy black ninja costumes, other than rapid dehydration. Still, that's just what they do. Perhaps the costumes are just to help them disguise their arousal toward one another. Think I'm just making up all this gay stuff? The brothers actually do push-ups together, and by "together," I mean "on top of one another." Literally. Lights, camera, gay. 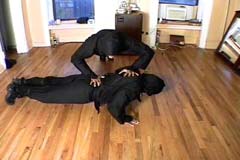 Uh... huh.The two ninjas take to the streets and avenge the decapitation of some guy one of them kind of knew by sticking it to Rich Nice the way they know it'll hurt the most - by beating up some random guys who have never appeared before in this movie. They start by interrupting a drug deal, kicking the dealer in the balls, and then running off into the night. Then, they hold down another dealer and steal his stash. Out of nowhere, Dan begins to narrate the action, claiming that they did this sort of moronic shit for a few weeks, and that it took its toll on Rich Nice. How does he know, you might wonder? Did Rich Nice call for the deaths of the Urban Ninjas? Did drugs vanish from the streets? No, Dan can just "feel it in the wind." I'm sorry, but I have a little trouble suddenly swallowing all this philosophical "feel it in the wind" crap from a guy who once spit on the floor in order to beat up his own brother.

Those of you who have been paying attention are probably saying to yourselves, "How could Rich Nice, a small time dealer trying to earn his way out of debt, suddenly have a large criminal empire?" Those of you who have not been paying attention are probably saying, "Man, Pantsfish's reviews aren't as funny as they used to be." Well, that's a good point (the empire thing, not the Pantsfish thing). You might also wonder why these two ninjas are going through the trouble of beating up all these random people when Rich Nice himself likes to hang out on the street corner across from Sirus's apartment, and they could just as easily beat the hell out of him. Well, unfortunately, I have no answers for any of this. Basically, from this point on, the movie doesn't even try to make sense. Just go with it.

Sirus and Dan put a voice-activated tap on Rich Nice's phone line. See what I mean? Two guys from the ghetto who can't afford ninja outfits that stay tied for more than ten seconds at a time can somehow afford a voice-activated phone tapping device. Sure, okay. They learn that Big Man (remember him?) is putting Rich Nice in charge of the biggest deal in their organization's history. With all this sensitive information, Sirus and Dan have no problem& showing up at the wrong time to stop the deal. They end up having to wait in their car all day, just sitting there in their ninja outfits, until Rich Nice finally passes by. To their surprise, Rich Nice goes into their very own karate school. They follow him in, only to find the place in complete darkness, which, like true ninjas, they whine about at the top of their lungs. Just then, the lights go on&

Oy geez.Surprise surprise, it's a trap. Rich Nice is waiting for them, along with Raven, Dope Fiend, and three new henchmen. The first is a pimp named Pimpin'. The second is his ho, who has mastered the art of Tae Kwon Do. Her name is Karate Ho. Don't waste brain cells trying to think about that one. The last new recruit is some white guy. Oh, and also Dope Fiend is a master of kung fu now. Sure. Why not.

What follows the absolute most pathetic fight scene ever recorded. Rich Nice, Pimpin', Raven, and White Guy pretty much just stand there while Dan squares off against Dope Fiend and Sirus takes on Karate Ho. Words fail to describe the idiocy of the action, but needless to say, there's plenty of witty banter to go around. For example:

Sirus: "Damn, you're strong!"
Karate Ho: "What, you never heard of the power of the pussy?" 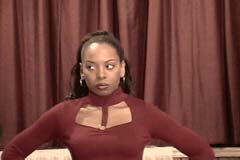 The difference between a ho and a Karate Ho is that a Karate Ho clearly knows she could be doing something better with her time.Dope Fiend's kung fu mastery takes the form of drunkenly lurching around, trying to jab Dan with a syringe full of heroin. Eventually, he makes contact. Naturally, the heroin makes Dan a better fighter, and he quickly subdues his opponent. Great message for the kids, there. Sirus, meanwhile, pulls a fast one on Karate Ho and causes her to accidentally kill her pimp. Distraught, she attacks Sirus with all she's got, and nearly kills him, but a third ninja miraculously arrives in the nick of time and knocks her out. In a stunning twist, this new ninja turns out to be Stacey, who has been following Sirus out of fear that he might take to the streets in a weeks-long campaign against Rich Nice, only to end up walking into a trap in which he is pitted against a martial arts-wielding prostitute. Evidently, Stacey picked up her amazing karate prowess by sleeping with Sirus. You hear that, kids? There's a new STD on the streets and it's called Knowledge - Catch It!

Rich Nice decides he's had enough (oh, and also, Raven and White Guy are knocked out at some point), so he pulls out a gun, ready to end things once and for all. Fortunately, with his last ounce of strength before the heroin overdose in his system knocks him out, Dan flings the syringe at Rich Nice, knocking the gun out of his hand. Once again, heroin saves the day. Get it? "Heroin?" Ha!

Rich Nice makes a break for it, and Sirus follows close behind, grabbing the gun for himself. He tracks Rich Nice into a side room, where he finds him with a knife in his hand, holding the reverend hostage. That's right, the reverend. Because I said so. Rich Nice orders Sirus to give him the gun, and he complies. Then, in yet another shocking twist, the reverend orders Rich Nice to shoot Sirus! Why, you ask? Because the reverend is secretly Big Man himself!

You know, I hoped that writing out that last sentence would help it make more sense to me, but it really didn't. Oh well. In any event, Sirus reveals that he had secretly unloaded the gun, then wrestles Rich Nice into stabbing himself. Finally, Sirus stabs the reverend/Big Man to death with the same knife. Leaving the dead body of the community reverend, whose criminal identity is known only to him and the now-deceased Rich Nice, Sirus collects his ninja girlfriend and his freshly heroin-addicted brother and heads for home, a murderer twice over and a hero to all. The end.


Well, not really. I would be remiss to deny you the movie's finally summation: 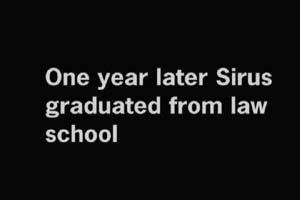 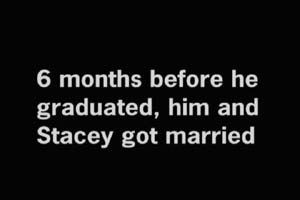 There we go. Much better.

There's a lot to hate about Urban Ninjas, from it's painfully wooden acting, to its godawful sound, to its atrocious script and completely nonsensical final act. Thankfully, all of those elements - any pretty much everything else - can be attributed to the palpable stupidity of one man, Vince Bowman. Vince Bowman is the Leonardo da Vinci of bad decisions. Whether it's watching him stumble over the lines that he wrote for himself, gawking at his piss-poor direction, or scratching your head over his insultingly bad pacing, you can at least feel secure that Vince Bowman is just one man, and there is only so much damage he can do to the gene pool. Still, as he himself once said, "Don't hate, just congratulate." In that spirit, let me say congratulations to you, Vince Bowman. You have won your place in my heart as truly one of the dumbest people I have ever encountered. Bravo. Now kindly die.