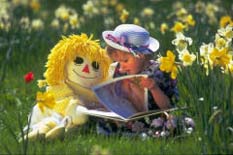 According to a debt consolidation spam mail I got, the shape of things to come involves sentient miniature scarecrows abducting our children. Another spam proclaimed 2003 as "The Year the Farmer's Daughter Turns 18".The year is quickly drawing to a close, and what a year it has been, with political scandals, celebrity divorces, and all manner of mishaps involving crotches and various thrown objects. Being pragmatists we here at Something Awful are never ones to dwell on the past, we look instead to the future. We're not looking to 2003 either, oh no, that's for small-minded individuals like the maroons at CNN and the chumps at the New York Times. Something Awful is looking no less than 100,000 years into the future with our forecasts of things to come in the year 102,003. Not only that, but we have caught the wave of time capsule mania to bring our times and our predictions to those who await us many moons from now. They will marvel at the wonders of our technology when they uncover our time capsule and thrill at our unbelievably accurate prognostications about things to come. But you don't have to wait 100,000 years to find out what will happen and what is in our time capsule! Come with me right now on a journey. A journey into…THE FUTURE!

The Year of Reckoning actually isn't the correct name for 102,003, I just wanted to give it a dramatic title so you would think something major is going to happen. 102,003 will be a fairly normal year here on earth, just your average 365 days of desperately pitched battles against the invading cybernetic crab/bird hybrids that have arisen from the sea to conquer the lands of mankind. The ascension of the crab king Memxtl VII in 101,996 will mark the beginning of the crabkin and human war, but the ensuing battles are just one facet of what life is like for our descendants a hundred thousand years from now.

Many of you technophiles will be pleased to hear that technology will progress dramatically in just 100,000 years. So much so that things that would seem magical today will seem ordinary or even extremely boring in the future. They may even seem so boring that people will become angry when they see how boring technology is and attempt to break it or set fire to it.

Computers - By 80,400 computer technology will advance to the point that computers are self aware, able to project 3D holographs that are tangible to all senses including taste, and can run "Ultima 9: Ascension" at nearly 20 frames per second. A few decades later an AI will not only beat a clone of chess master Kasparov five games straight, it will then design and construct a robot that tears off his arms. Then, because it has human emotions, it will feel guilty and clone him again, intentionally lose to him, and commit suicide out of shame. By 90,000 AD computers will be grown inside the skulls of live cats and composed entirely of energy. In 90,001 the computers go back to the desktop model because the cats are unable to contain the energy and tend to explode or melt. The latest computing technology in 102, 003 is called the "Licknotron" which consists of a plate made of wafer thin nanocomputers that, when licked, will compile and animate an episode of the 21st century children's show "Bob the Builder". This process is fatal to nearby crabkin for unknown reasons.

Transportation - Thousands of years of tiresome walking will be eliminated in 67,005 when mankind discovers the secret of hovering. Unfortunately this secret will be lost again to time in 67,008 when the bus carrying professor Adolphus Maersk crashes, dooming humanity for perhaps another hundred thousand years of walking. In the mean time the automotive industry will make enormous leaps forward in technology. Not only will cars run on water and be completely pollution free, but they will also be made entirely out of dead bodies. These corpsemobiles are made from donor bodies in most cases, but the automotive giant of Daimler-Chrysler-SpeedyRotbag is sued into oblivion when it is discovered that executives have been liquidating retirement homes to provide new cars. Airplanes are replaced with Shitplanes in the late 90,000's, although my ability to see the future does not explain what they are exactly. 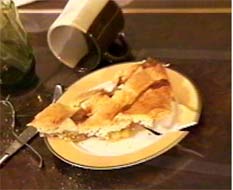 One aspect of the most important industry of the future.Communication - By 102,003 humans will be so psychically developed that the need for any form of verbal communication will have disappeared. They will be able to read the mind of anyone from any distance at will. The problem is that most people sit around and think about how fat they are (the average human will weigh 700lbs) and complain to themselves how hard it will be to use their brain powers to induce their robot servants into baking more pies. This leads to unintentional mishaps with robot chefs in which pies are delivered to the home of people who were reading the mind of their owner when he or she was thinking about commanding them to make pies. If it sounds confusing that's because it is. As a side note the economy of 102,003 will be composed of 70% or more pie and robot chef industries.

Sports - The most popular sport in New America (which is where Germany and France are today) is called "Thrusteria". In Thrusteria two teams of ten men each line up facing each other on a 100 foot by 100 foot grid of cast iron. Between them is placed a giant semi-sentient almond. The team members are genetically modified to secrete one ingredient of cookie dough each instead of saliva and must dash into the "dough goal" and expectorate their ingredient while the team captain mixes them together. After the first 15 minute quarter the iron grid will be heated and points tallied for each grid square that the expanding cookie covers. The first team to have their cookie touch the almond is declared a winner, this will be obvious as the almond is engineered to fear cookies and will begin wailing if a cookie touches it. If neither team's cookie touches the almond then the one with the most points wins. If it is a tie then the teams will play an instant-death round of Dolphin and Penguin Joust. This consists of half of each team turning into dolphins and the other half turning into penguins that ride the dolphins. The first team to dismount one of the opposing team's penguins with a jousting lance is declared the winner.

This sprite from the NES game Rygar is the closest approximation of the man of 102,003.One thing I haven't mentioned, but that isn't particularly relevant, is that in 102,003 all humans will be 30 feet tall and made out of molten lava. The only exception is newborn babies who will be made out of cake.

2003 - The Amazing Something Awful Time Capsule

Imagine the look of surprise on the magma face of a man of 102,003 when they first set eyes on the contents of the Something Awful time capsule. This might be difficult for you, since you don't know what those contents are, but just visualize a scalding hot pool of liquid rock that looks like it just saw a ghost riding a rocket. That's what they'll look like.

Included in the Something Awful 2003 time capsule was the following: 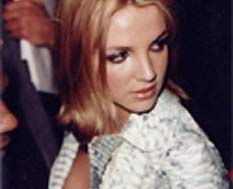 If I were a betting man I would be making a wager that the futurions are as interested in catching a glimpse of one of Britney's nips as the presenterions are.

60 copies of Daikatana that we found being used as a makeshift shelter by a hobo.

A picture of a faked Britney Spears nipple-slip.

A picture of the World Trade Center collapsing and a note blaming the Jewish people.

A photograph of watermelons in a field with the descriptive label "Jews".

A VCD of "Zoolander" that did not encode correctly but may be recoverable using future technology.

A bottle of Pepsi that has been carefully refilled with mercury with the added descriptive label "America's number one drink of choice."

A five pound sack of Gummi Bears taped to a poem about the horrors of abortion that includes digitally altered images in which aborted fetuses have been replaced with Gummi Bears.

Two suckers that I stuck up my butt crack that they are totally going to eat and be like "this is the best food ever" and I'll be like "dude, you just ate my butt".

A racist rant by Klan leader David Duke in which all of the allusions to race have been replaced with terms relating to robotics.

We were going to bury the time capsule in concrete but decided that getting concrete would be too much effort. Then we decided digging a hole would be too much effort. We started to put it in a box but that was taking a lot of effort too so we just piled it on the ground. I managed to work up the strength to push some sticks on top of it. Then, as we started to walk away, we were so drunk that we forgot we had made a time capsule. I glanced back and noticed all of the stuff lying on the ground and called everyone over. We soon were enjoying the many memories of times past and I can't tell you enough how much I hate those filthy green Jews for blowing up that building. I hope our enjoyment of these exciting memories of even more exciting times will mean a lot to the people of 102,003 who will have no way of knowing our time capsule ever existed.

Hey gang, Livestock here to inform you of the return of Photoshop Phriday! Yes, Phriday is once more a fixture of your weekly diet after briefly disappearing. What happened during that week we were gone? Well, to put it bluntly, we killed at least fifteen carnies and had to hide all the bodies. But that's all behind us. The theme this week is "Board Games Meet Reality", which is where the Something Awful Forum Goons took elements from board games and surgically combined them with real pictures. I must also mention that Photoshop Phriday is being graciously sponsored by the dapper gents at Worth1000, a site that's like a buffet table filled with great Photoshop contests and images. Take a look at their site, scumbag! 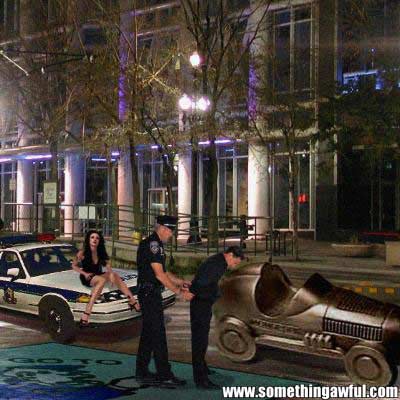 HOW ABOUT YOU READ IT BEFORE I GET ALL UP IN YOUR FACE, GUY.