Alien InvaderHumans have long had a love affair with aliens from outer space. I don't know if it's their giant craniums or their exotic looks, but something draws us to them like metal fat people are drawn to buffet tables filled with magnets. I think it's probably the fact that they're everything we aren't. Are humans traversing the cosmos in large space ships? No, not really. We're pretty much just floating in circles around Earth or sending probes to Mars that blow up as soon as they get there. Are humans blasting other planets with atomic death rays? Not to my knowledge. At best, we can send messages into space and hope somebody or something receives them and doesn't discard them as galactic spam. When an alien plants his or her seed inside of a human, it only takes the alien baby a few days before it bursts through the poor human's stomach. To add insult to terminal stomach injury, the alien pup then goes on to become very successful in life, perhaps opening a dry cleaning business or maybe creating a large nest. When we plant our seeds inside another human, at best a screaming baby will slither out nine months later and then somebody has to take care of it. We humans are simply inefficient and boring while aliens are cool, dangerous, more intelligent, and do a better job sexing people up.

Most people make the false assumption that we'll know when aliens do come to our planet. They assume that they'll land on the White House lawn, or hold a press conference to announce their intentions. Truth be told, we're so dumb we wouldn't even notice if aliens did actually come and try to take over the world or just say, "Hi, I'm Zargog, and this is my brother Zargog VII." All kinds of crazy shit is going on in the sweet chocolate expanses of outer space, and we're ignoring it. Worse, we don't even actually have a tight grip on the things that are transpiring on our own world. The fact of the matter is that aliens are already here. But never fear, the trusty Internet writer (That's me!) is always first to have the inside scoop on the various alien invasions going down throughout the world. Let's get to know our enemies: 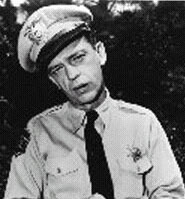 Not Alien Invader (Note: It's a Trap!)

Description: The Grays, as they're called, are known for their gaunt figures and gigantic balloon-shaped heads. They usually dress in stylish gray jumpsuits befitting of party animals. And boy howdy, do these guys know how to throw a party. They are known to visit Earth quite regularly, and may well plan to some day settle down here. They often bring humans on board their flying saucermobiles for further study. Unfortunately, your ass is usually the first thing to make a close encounter when dealing with these guys.
Goals: The Grays are mostly interested in probing humans and cutting farm animals to pieces with lasers. They're pretty much just sexual predators with a taste for farm animals, trailer trash, and truckers. A tasty triumvirate of raw, primal sexuality!

Description: When it comes to alien invaders, you can't get more frustrating than the aliens who can't even figure out how they plan to carry out their invasion. Are they here to colonize Earth, or replace us with weird human-alien clones? Wait, they're going to poison us with chemical weapons! Shit, wait! They're going to take over our bodies! Ah fuck, wait! They're going to secretly replace our coffee with strange, organic black oil and see if we notice. Oh crap, we noticed! Change of plans!
Goals: To be determined once the alien high council gets their shit together.

Description: You can't get more despicable than these dastardly interlopers. The silent invaders are aliens who secretly live amongst us as no less than us! But don't think that they're friendly, because they're most certainly working against us. Ever so diabolical, they replace our government officials and popular entertainers with alien clones, slowly taking over and sterilizing our chances of ever fighting back. In other words, these guys are total dickheads. Cripes, what kind of a way to take over is that? At least have the alien tri-nads to take over using your real faces.
Goals: The goal of the silent invaders is to secretly replace our elected officials, popular entertainers, and distinguished businessmen with evil clones for the horrifying purpose of achieving world domination. Once complete control is gained, they will usher in a hellish new era where man is used as food and wallpaper. On the plus side, the economy will do very well when they gain control.

Having to put up with pests like those is bad enough, but it's only a matter of time before we have to come face to face with the worst kind of alien invader there is:

Description: These particular aliens are hell bent on destroying anything and everything, especially popular landmarks and other tourist destinations. They really don't care for humans or any other race, and they don't much care for mind games our shadowy political coups. These guys hate you so much that they'll take out full-page newspaper ads, purchase commercial time, and even create infomercials to inform you how much they hate you and how painful your death is going to be. They will come in large ships filled with soldiers and they will most certainly make you suffer immeasurably by unloading many of these soldiers in your hometown. Lasers? You bet. There will be so many lasers flying everywhere that you'll eventually get bored seeing them and wish they'd kill you and your family some other way, like by jabbing ears of corn into your eye sockets while screaming lines from "The Breakfast Club."
Goals: To systematically defeat us, use us as slave labor, kill us, and then use our bones to build wicked cool go-karts. You can't get a clearer goal from anyone else in the galaxy. At least these jerks are open and honest.

While everyone wants to deny the existence of aliens and write them off as fantasy fodder like elves or Eskimos, they're out there. The big gigantic womb that is outer space has birthed many a world and many a race. Many of these races have been here, and many more will be coming. They might look impressive and sexy with their special moon fabric jumpsuits and sleek, aerodynamic ray guns, but don't let your emotions obfuscate the truth. They want this world and they will kill you for it! Like most Americans and citizens of the Republic of Earth, I will be waiting for the day they come to my door. I will be waiting with a gun, or if I can't afford a gun or get a gun permit, I will wait with a bow and arrow. Possibly, I might have to resort to a slingshot or rubber bands. I'll work that out when the day comes. If you want to come over and you aren't alien, knock three times really fast, pause, and then knock again. If you don't knock in this fashion, I will assume you're an alien and then shoot you with whatever weapon I have available. Right now I just own a whistle, but as I mentioned I'm working on getting some better weapons. I can blow it pretty loud, though. If you have an extra weapon I can have, please bring it over so I can properly defend myself. I'm not paranoid and thanks!

Hey sport, there is a new Rompit Review in the hizzzouse! "Action 52" is the name of the game. If you guessed that it's 52 action packed games crammed into one NES cartridge, then you're somewhat close. The actual action content seems to be highly suspect, as explained further in the review. I'd keep talking, but you'd be better off reading the review than anything I write.

What the hell is that a picture of? Read the review and find out! There are 52 reasons to click here and all of them involve action!