Anime at the Gates

Oh, I know, Jerry. Remember when you padlocked the cupboards where I kept my food? You may think you were pulling a harmless stunt on someone slightly overweight, but again, it was attempted manslaughter. I could have slipped into a diabetic coma and died. And for what? So you could prevent me from eating my Spaghettio's and Oreos? 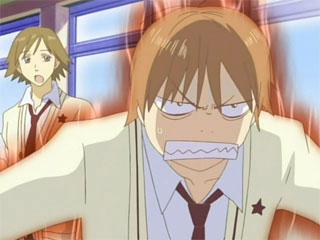 Heh. Reminds me of you, Jerry.Our quarrel was once much like the antagonistic relationship between Risa Koizumi and Atsushi Ootani, two mismatched friends butting heads at every turn. It's gotten darker since then. It's been mutated by the poison that pumps through your black heart, Jerry. Now we exist as mortal enemies, not unlike Jiro Mochizuki, the Silver Blade himself, and the vile Kowloon King. It saddens me to see you fall so far.

Your stupid insults haven't helped either, Jerry. Calling me a "great harvest of farts" made you look like a colossal idiot with a child's grasp on agriculture and flatulence alike.

When you asked if I had "maybe given birth to a stillborn baby that was still stuck in my underwear" I pointed out that I lack fully developed female reproductive organs, and that, as an asexual male, I cannot get pregnant. You can't deny that I have made excellent strides in my recovery from necrotized thighs, and smell significantly better, Jerry.

When you told me I was the splitting image of a dead manatee drenched in mustard, I calmly explained to you the improbable series of events it would take to create such an absurd visual, and how far it was from reality. Day after day I am forced to explain simple concepts to you because you lack the capacity to grasp logic and reason.

There's no one who can help us now, Jerry. My therapist says I should stop thinking about you so much, but how can I do that when you're utterly focused on ruining my life? I have to wake up every evening knowing that you're out in the front room watching football or some other dumb show, crunching granola bars loudly, and living like a disgusting pig. And worse, I live knowing that you have no respect for me or my love of anime. I can understand not liking me, Jerry, but to not like anime? That's just stupid. That's like saying you hate knowledge, or music, or art. 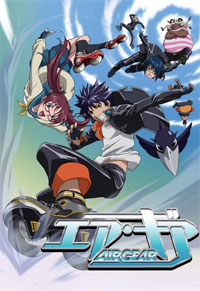 My spirit is soaring!Heh. I can hear you outside the door, Jerry. Fidgeting with the lock, trying to open it. I imagine you're too drunk to realize just what is going on. You're strong, Jerry. But are you strong enough to move hundreds and hundreds of hours of human creativity? This isn't just a giant stack of plastic. It's a monument forged from the mankind's boundless passion and limitless potential. It's heavier than stone! It's stronger than iron! This is a boulder made out of something purer than dumb muscle, Jerry.

You're never getting in here again. This is my apartment now!, Jerry! I will make sure of that if it's the last thing I do. This feels right, Jerry. My head is somewhere else, somewhere unburdened. My soul is flying high, riding the skies with a pair of Air Trecks, the ingenious flying skates from Ito Ogure's Air Gear. My mind has divorced my body, and it's swimming in the ether. This must be what being Akira feels like.

You can't beat me, Jerry. I've finally bested you once and for all. The time has come for you to finally move on and to finally let go of your bizarre fixation with me. I just hope you can survive out there without me, Jerry. Trust me, Jerry, this is for your own good.