For the first two chapters of this regrettable saga, click here and here in that order.

As usual, I'm unable to tell you this to your face. It seems my current ailments prevent me from getting out of bed, and your lack of concern for your fellow man prevents you from visiting me in the hospital.

The procedure is only hours away, Jerry. When this is done, I'll be a new man. Perhaps you'll see me in a new light, and maybe let go of your petty grievances. I suspect that I'm giving you too much credit, Jerry, but that is okay. When this is over with I'll be stronger than ever and you won't be able to damage my self-esteem in the slightest. 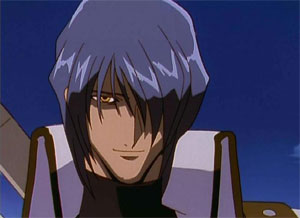 Sometimes, Jerry, it's like you're my own personal Legato.To be completely honest, Jerry, I was hoping that this medical crisis would spark the fires of reconciliation between us. What better to unite two titanic wills, two ideological rivals, than something as raw and sobering as a medical crisis? In the words of Legato from Trigun, "The greater the tragedy, the greater the emotional effect." Funny how much you have in common with him.


Obviously it was foolish for me to believe that my medical ailments would concern you in the least, especially since you wouldn't even give me a ride to the hospital. I didn't appreciate you telling your friends that I was going to the hospital to "finally give birth to that giant garbage bag full of dead babies and rotting seafood jammed between my legs."

Aside from the utter absurdity and factual inaccuracy of your comments, it was a disgusting jab at my very serious medical condition. But you've never really held back with your resentment, Jerry. In fact, I'd say this is the cruelest you've been since that week I found out I was probably bisexual because I liked yaoi. You and your friends taunted me to no end when I came out of the closet during your Super Bowl party, even though it was a very difficult thing for me to reveal. 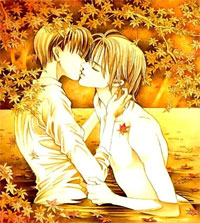 It's called art, Jerry, and it's a beautiful, natural thing.Although it turned out that I just really appreciated the exquisite craftsmanship and characterization and was not actually bisexual, I could have really used your support during that time. Instead, you laughed at me, called me a pedophile, and told me that I smelled like I "feasted on a tomb of zombie dicks." Really, Jerry, why would I do that? At least be sensible in your criticisms, otherwise it's just an ad hominem attack. Oh, that? Sorry, Jerry. I forgot you don't speak Latin, the basis of the Romantic languages.

Thankfully I have the support of my peers online to keep me from letting your baseless attacks get to me. That, and the knowledge that I'm right. You can mock me all you want, Jerry. You and your friends can fill my room full of air fresheners or hold me down and pour Pine-Sol on me, but you just make my will that much stronger.

Regardless, Jerry, the doctors will soon be removing the necrotized flesh from my inner thighs, and half of my scrotum. You probably think that's funny, that I'll be losing a testicle. You'd be surprised to know, Jerry, that a man can be just as strong, rugged, and masculine with only one testicle. I'll show you, and you'll be surprised.

This won't cure my diabetes or my sleep apnea, and I'll still need that breathing machine at night, but I'll be one step closer to being fully independent and free. I think we should do something to celebrate, Jerry, like a party. I'll invite my friends, and you can invite yours. I think it will be good for the both of us.