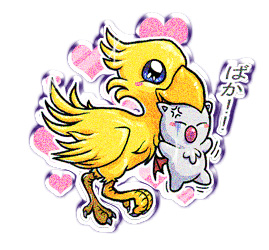 Thankfully, the war crimes trial for Final Fantasy II was speedy, and Square brought Final Fantasy III to Japan a brief two years later. Those responsible were executed, and Kawazu was given his own development studio, where he continues to make SaGa games to this day (Note: SaGa is Japanese for “feeling of explosive gonorrhea”). Perhaps the greatest injustice of Final Fantasy II is that America received two different releases of the game, both on the PSX and the Game Boy Advance; these updates fixed a few of II’s debilitating problems, but not the feeling of crippling despair a gamer is overcome with while playing it. Next week, though, Final Fantasy III will be out in America for the Nintendo DS, forever silencing dorks who think they are the only ones who know the difference between the two different Final Fantasy IIIs . “Um, Final Fantasy III? I think what our ignorant young friend here means is Final Fantasy VI! (donkey snort)”

Final Fantasy III is most famous for its job system, a good idea Square decided to use only once more; they soon dropped it for the much more popular system of “every character is your own personal demi-god, please press start to win” which has continually delighted gamers who love mindlessly slamming the “confirm” button for 40 hours. The job system finally allowed thieves to break free from their moral shackles and steal during combat, and also countered the uselessness of the red mage by adding classes like the geomancer, which are slightly more powerful than our modern-day geologists. Slightly. And if you don’t like your current job in Final Fantasy III, changing it is as easy and deciding which new outfit your character will look the least ridiculous in (PROTIP: None.).

It is this somewhat-complicated job system that prevented Final Fantasy III from coming to America. After all, in 1990 gamers were cutting their teeth on Final Fantasy I and were about to burn their TVs because they thought that Mario games scrolling right AND left had to be witchcraft. This game also introduced the Moogle, perhaps Square’s most popular icon, next to the burning pile of money that represents 2001’s Final Fantasy: The Spirit Within. At first, Square decided to use a character called Smokey-san – the anthropomorphic smokestack mascot of Tokohama Industrial Concern – but this sponsorship fell through when Tokohama’s new brand of infant formula caused something called “crib melt.” 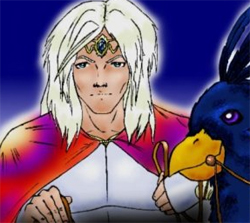 With the long lapses in release dates of Final Fantasy games from the Eastern Hemisphere to the Western Hemisphere (the best hemisphere), it’s surprising to see that part IV made it to American shores in less than a year. This is for one of two total reasons: 1.) New games were desperately needed to balance out the Super Nintendo's scarcity of launch titles (like Super Mario World and Please Keep Playing Super Mario World) and 2.) for the first time, a Final Fantasy game was translated not by a bilingual human, but by a Tandy TRS-80 hooked up to a lawnmower engine. The latter idea sped up the localization process, saved Square literally tens of yen, and is responsible for such classic lines as “You spoony bard!” and “r8m54PQqo20e51bj85Y37h8swmMPwmMm4o3sLJjo!” Today, “r8m54PQqo20e51bj85Y37h8swmMPwmMm4o3sLJjo” t-shirts are sold by the thousands at anime conventions.

But besides those famous lines that bring down the house at Inu-Yasha screenings, Final Fantasy IV is most famous for being the first Final Fantasy with a real focus on story. Please understand I am ignoring Final Fantasy II because for obvious reasons it deserves to be ignored. Anyway, the storytelling of Final Fantasy IV was extremely limited thanks to early Super Nintendo development tools; the console could give only one character a personality, and this personality was set on “constant doublecross.” This character was Kain the Dragoon, and about every 30 seconds he would either steal or return one of the many crystals needed to finish the game. Some considered this annoying, but without Kain Final Fantasy IV would only be 20 minutes long - including time for up to five bathroom breaks of numbers 1 or 2. Also included in this estimate is sandwich-making time. Despite this flaw, SNES gamers were amazed by the grand new expressions Final Fantasy IV’s characters could perform, with emotions such as “looking down” keeping gamers worldwide glued to their bean bag chairs – and not just from Pepsi residue.

Final Fantasy IV also introduced ATB, or “active time bartle,” which was later changed to “active time battle” when the Tandy TRS-80 eventually exploded and Square was forced to hire a proofreader. ATB irked many an RPG fan, as it sped up the battle process and required constant input; a marked difference from actual role-playing, which features constant pauses for bickering over Mountain Dew and deciding whose mom is going to drive who to whose basement.

FACT: Cecil is the first Square character to popularize the use of "..." an expression that would be the trademark of many Square RPG heroes to come!