Even the most pampered of us, living a life of leisure away from all of the hustle and bustle of the workaday world, encounters a bad situation from time to time. Maybe it's as commonplace as stubbing your toe or losing your keys, or maybe it's as bizarre as your lover dying while you're tied to a bed or a witch turning you into a caterpillar. I don't know what your life is like and I don't want to! However, as bad as these situations can be, we can all take comfort in the knowledge that they could be infinitely worse.

Anyone who has an e-mail account or bad taste in humor web sites has probably seen a wacky list of "bad and worse". Luckily for you I have both of these things as well as a willingness to steal ideas and make them even worse than they originally were. I have taken the staggering genius of "bad and worse" and I have modified it to include a third, and much more severe category called "FUCK!". Ladies, gentlemen, anthropomorphic animals with giant penises, post-op transsexuals masturbating to short stories about Roy Orbison wrapped in cellophane, it is my pleasure to introduce "Bad, Worse, and FUCK!". It is the ultimate evolution of the "bad and worse" concept. 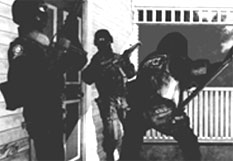 Sis, I thought what we had last night was special!!Bad - You have a one night stand with a girl and wake up the next morning and discover you've got a burning rash covering your penis.
Worse - The girl turns out to be your sister.
FUCK! - Who you picked up from an IRC room where she was posing as a 16 year old girl for an FBI sting operation.

Bad - You get caught playing Minesweeper one time too many by the boss and get your pink slip.
Worse - Your pink slip consists of being thrown through a plate glass window by your boss.
FUCK! - From the eightieth floor of an office building located on top of an active volcano.

Bad - You get pulled over for doing 90 in a school zone and you're drunk off your ass again at three in the afternoon.
Worse - The cop is drunk too, and he's a mean drunk.
FUCK! - A mean drunk that's actually a swarm of semi-sentient flesh-eating beetles.

Bad - While out on a date you decide to go to a Mexican restaurant and the burrito beats you in a race to the bathroom.
Worse - The burrito had bet money on the race.
FUCK! - And he has a lot of taco friends willing to take that money out of your ass if you don't pay up.

Bad - The mob has put a hit out on you for ratting on the don.
Worse - The yakuza has put out a call for your severed head for having sex with the boss's wife.
FUCK! - Bill Cosby has put up a reward for your capture so he can suck the delicious Jello pudding that fills your bones instead of marrow.

Bad - You're addicted to the Internet.
Worse - Especially FARK.
FUCK! - Because you laugh every single time you read the phrase "France Surrenders!" 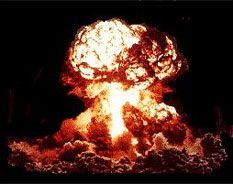 I hope I can get unemployment!Bad - The factory that employed almost half of your town just shut down.
Worse - By "shut down" I mean "burned down with everyone inside".
FUCK! - By "factory" I mean "unshielded nuclear reactor".

Bad - The MPAA files a lawsuit against you for downloading a theatrical screener.
Worse - It was a VCD of "Gigli"
FUCK! - That you actually got to work in your DVD player.

Bad - Your girlfriend breaks up with you for petty reasons and then immediately starts dating.
Worse - Your father.
FUCK! - Who insists you call her "mom".

Bad - Your dog gets run over by a speeding car.
Worse - Your dog was actually a super intelligent fox.
FUCK! - A kindly white-bearded gnome was riding on its back when the car struck.

Bad - You lose all of your money in Las Vegas.
Worse - It was inside your wallet at the time.
FUCK! - You have a sinking suspicion you may have left it in that hotel room where you murdered the hooker.

Bad - You fatally shoot your best friend while showing him your new gun.
Worse - He was the President of the United States.
FUCK! - And he was standing on your new Berber carpet. 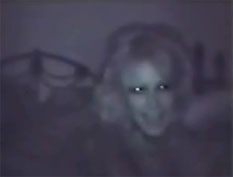 I see London, I see France, and Paris truly is the city of creepy fucking lights in her eyes.Bad - Videotapes of you having sex were leaked onto the Internet.
Worse - The videos were shot using night vision making you look like some sort of hideous alien creature.
FUCK! - Your career still consists of appearing on "Wild On!" and being interviewed incoherently by Jules Asner while dry humping anything within reach because of the overdose of ecstasy you took poolside earlier.

Bad - While enjoying your lunch you find a human finger in your bowl of soup.
Worse - It's your finger.
FUCK! - It's still attached to the body of a man who is considering a job at Burger King because his Bachelor's degree in computer science isn't worth the paper it's printed on anymore.

Bad - You still haven't beaten "Star Wars: Knights of the Old Republic".
Worse - You're stuck on the first fight with Calo Nord.
FUCK! - Because you burned out your retinas staring at the sun and can no longer differentiate shapes.

Bad - Your infant son dies from starvation because you were playing Everquest nonstop.
Worse - You only find the body when emptying your improvised colostomy bag.
FUCK! - You abandon flushing his corpse down the toilet halfway through the process because you hear the sound of your character being attacked from the other room. 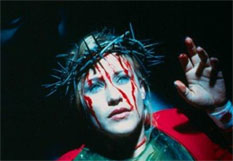 Just like a car crash. Just like a knife. My favorite weapon, is the look in your AAAAAAAAAAAeyes!!Bad - You develop stigmata.
Worse - You work in a lemonade factory.
FUCK! - You're not even Christian.

Bad - Your neighbors call the police and complain about the loud noise coming from a party you're having.
Worse - The party is actually a cover for you to deal heroin out of your bedroom.
FUCK! - The music was actually turned up to conceal the sounds of you being shot to death by rival drug dealers.

Bad - You write for a humor web site.
Worse - You run out of ideas so frequently that you have to rely on "bad and worse" as your concept for an article.
FUCK! - And it actually seemed like a good idea at the time.

I expect to see this in an e-mail forward AS SOON AS HUMANLY POSSIBLE! Everyone knows that something isn't truly hilarious until 30 or 40 dimwitted relatives forward it to you! Get cracking folks!

Hello chowder heads, Livestock here to slap some meat in your eyes. Thanks to the industrious members of our non-unionized forums, we have a new Photoshop Phriday up and online for your perusal. The theme this week is "Monstrous Misprints," and it's absolutely nothing like Conan O'Brien's preexisting and identical comedy bit called "Actual Items." Okay, okay, I'm lying. PLEASE DON'T SEND US TO PRISON!! Here is a preview: I'm telling you, it would be really swell if you went ahead and read it. Come on, be a pal.