The Bargain Book Bin: I Rewrite The Classics 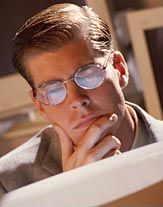 It's alright. I'm paid to think like this. I am, you will not be surprised to discover, the best writer that has ever lived. Unlike my colleague, "Doctor" David Thorpe, who criticizes music but, as many a cogent and insightful email has pointed out, is unable to actually play an instrument (I have no proof of this but it can be safely deduced from his dislike of bands such as The Mars Volta and System of a Down), I am not afraid to put my money where my mouth is, for instance creating sentences that are almost a paragraph long and have a tremendous amount of commas.

Writing about faults in a book is like singing about a bad song or painting a picture called "Mona Lisa Sucks." You simply have no choice but be judged by the standards of the very medium you are critiquing, and yet I relish every chance to show that I am equal to the task.

Here's the rub: (This is a phrase I borrowed from another writer of similar skills.) Every single book ever written would have been better had I written it. This might seem like a sudden change of subject but that is simply because you can't follow my higher level of reasoning. Besides, I'm not just going to say something like that. Oh no, I'm going to prove it to you. I'm going to make the classics of literature better before your very eyes. It's like a magic trick, only with less magic and more words.

The famous saying goes "Don't judge a book by its cover" but let’s be honest here. Are you more likely to buy a book called "Walden" or "She Softly Moans and Bites Her Bottom Lip"? 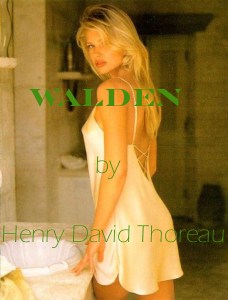 A new paradigm in literature...

Take these improvements, for example:

Good, we've hooked them with a killer title, but here’s where a lot of classics drop the ball. Yeah, there may be something very profound in chapter 5, but I’m never going to get there if I have to slog through fifty pages of someone’s family history that never gets referenced again.

We've gotten past the hard part now, and we only have the other 347 pages to worry about. This is the part in a book where the author has to come up with something called the plot. Unfortunately, many writers simply choose the wrong plot. Allow me to correct them: 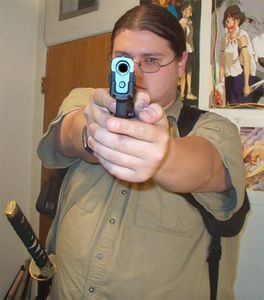 I am extremely serious about this.

As for endings, keep them short and to the point. Like so.