Let's face it: baseball is no longer America's pastime. I don't know what America's new pastime is, but it probably has something to do with either sex or skateboarding. Kids don't want to grow up to be Mickey Mantle anymore, which is a shame because Mickey Mantle was an alcoholic wife beater with bad knees who died when he was like 49. Now he was a worthy role model, unlike this Tony Hawk character who skates around inside his video games and teaches his son how to ollie over hobos. A son, I may add, he made with SEX. 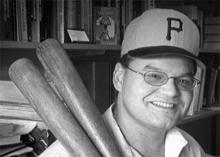 Right after the World Series last year, commissioner Bud Selig got drunk, watched an episode of "Survivor," and decided to vote two teams out of the league in order to save baseball nearly $50 a year. Unfortunately, Selig's little scheme worked out about as well as a supervillain's world conquest plot and completely failed because the Minnesota Twins (for some reason) wanted to stick around and play in their dilapidated Astrodome rip-off for at least another year. Oh, and Governor Jesse Ventura threatened to bodyslam Selig through a card table if he didn't shut up, that may have had something to do with it. The Montreal Expos was the other team rumored for contraction but the only response to that news was a slightly agitated "eh?" uttered by a mildly perturbed Canadian beer vendor. Hell, only three people know what an "Expo" is.

Teams can't afford to build new stadiums, so they're hitting up the government for taxpayer money. After all, those millions of dollars would only be squandered on stupid things like schools, roads, army toilet seats, and army toilet seats with anti-aircraft capabilities. Yes, quite the sorry state of affairs. Please visit Major League Baseball's official website and give whatever money you have, go U.S.A. #1!!

In other completely unrelated news, Major League Baseball players' salaries for this year are over $2 billion dollars.

While the average salary has increased 126-fold from 1967, when it was $19,000, the Consumer Price Index has gone up only five-fold since then. And while baseball players average $13,000 a day during the season, the average annual household income in the United States is $57,045, according to latest figures from Census Bureau. That's about four days' average pay for someone who wields a bat and wears a glove.

Your average decent, starting, MLB pitcher only plays once every five days. So he spends four days sitting in the bullpen, waiting for his day to pitch while wearing a cheesy little jacket that went out style in the seventies. During those four days, he makes more than you make in an entire year. And when he does play, he usually gets to leave early! You work your ass off for an entire year while this chump sits on a bench staring into space for four days, pausing only to fart or spit out his sunflower seeds. And you both get the same amount of compensation. This hardly seems fair, I can spit, fart, and sit just as good as Pedro Martinez. Where's communism when you need it? 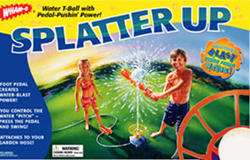 Major League Baseball salaries are just totally out of touch with reality. Bud Selig can't do anything about it since he's basically just a High School Assistant Principal who studied up on the infield fly rule. Owners bitch and moan about how they aren't making any money but then they'll turn around and happily sign some big name hotshot to a $200 million, ten year contract. Using this logic, when an owner has a bad headache he'll complain about it for a while, bash his head into a wall a few times, jam a knife into his skull, and then take some Advil.

There are only 849 Major League Baseball players. That's not very many. Out of those 849 players, how many can your average fan actually name? Maybe 100, tops. Pay those 100 guys maybe $3 to $8 million a year a piece. That's still a lot of money for eight months work. Give the rest of the guys $200k to $600k, with relief pitchers making $500 for every pitch they throw in a game. $500 to throw a ball ONCE is a lot of money! It's simple supply and demand, how hard can this be? There's only 849 jobs and tens of thousands of people who can play. Even I managed to play baseball in High School; I'd be willing to turn pro for a measly $70k. The only downside is that I'd occasionally drool on home plate and play Team Fortress Classic on a laptop between innings instead of watching the game. Oh, and I'd probably drop the ball sometimes and bat .120.

Owners, you have a monopoly here. Don't you get this? The NFL at least had the XFL, all MLB has is Triple A. No, not the Automotive Club, the minor leagues. Ever hear of the Toledo Mud Hens? The Memphis Redbirds? The Rochester Red Wings? They're all Triple A teams. Thus, the minor leagues are for the birds! Get it? Z-ZING! 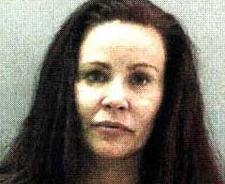 Smack my bitch up! Actually, this is Tawny Kitaen, who was recently arrested for bitch slapping her husband, Cleveland Indian pitcher Chuck Finley. Now that's a tomahawk chop! Don't worry Chuck, I'm sure the guys in the clubhouse will be real sympathetic.

There's only twenty something teams. If you all refuse to pay Barry Bonds the big bucks, what's he going to do? Retire? Strap on a helmet and switch over to the NHL? Become the next CEO of Microsoft? No, he's going to settle for a "paltry" $8 million a year. Oh boo hoo, guess you'll have to endorse more batteries and tampons or something to make up the difference!

Actually, it's pointless to argue all this since eventually fans will get tired of paying $50 to sit in the bleachers, drinking $10 beers and eating $5 hot dogs to watch a five hour game which turns out to be not entirely all that different from the other thousands of games played that year. Or the year before that. Besides, most games are edited down to a couple minutes of highlights and shown on ESPN for free, accompanied witty commentary featuring things like "BOO-YAH" and "SAY HELLO TO MY LITTLE FRIEND" and "RUMBLIN' BUMBLIN' STUMBLIN'".

And eventually all the die-hard fans will realize that buying an official jersey with their name written on the back and referring to his favored franchise as "our team" is stupid. It's not your team, retard, all you do is clap when some guy you'll never meet picks a rolling ball off the ground and flings it at another guy with a dead cow protecting his hand. Shortly after that, baseball fade into history like… something that fades. Stadiums will be converted into giant half-pipes for skateboarding teams like the Green Bay Gnarlyradicals and the Denver Dudes. Then after a hard day of 720's and bluntsides, everybody will go home and have sex with their cousin wife because CNN says that's the cool thing to do.

You heard it here first: making your relatives orgasm is America's new national pastime. It's not watching men adjust their crotch protectors. Incidentally, incest would have been America's national pastime a lot sooner if only the South had won the Civil War. Good things come to those who wait, I guess! Eww. 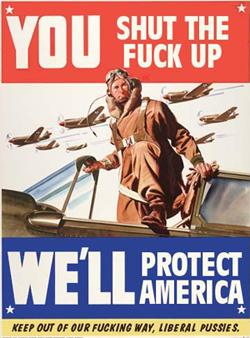 Wow, World War II was the best sequel ever!

Can YOU Handle The Truth?!?

TruthMedia reviews only tell the truth! Well, not really, they're kind of just made up, inaccurate flamebait designed to generate angry mail from obsessive, psychotic fans who feel the need to defend whatever artist movie software they've dedicated their lives to. Today we've got not one, not two, not seven, but three new reviews!

The Simpsons: The Golden Years

Be sure to send these to any nutty friends (or enemies) who you think'll freak out over our blasphemy. Don't let them in on the joke, because the article that gets the most pissed off letters wins! Plus, we'll post the most pathetic mails later on! Wahoo!