A lot of people think America is slipping. First went our physique, then we had some kind of big angry breakdown, then our finances sort of fell apart. But, you know what? Regardless of how bad things get, it's nice to know we don't have a bedbug problem. I mean, what kind of heathen nation has some sort of bedbug crisis? Oh, well... shit. 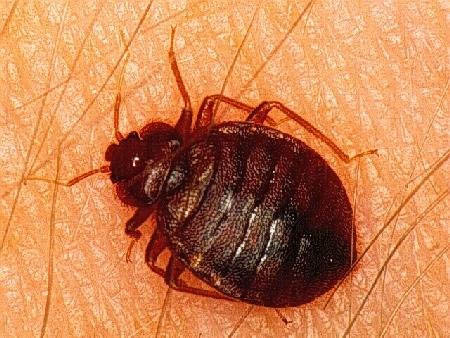 That's a bedbug. Well, that's a magnified bedbug, but you knew that already. If that were lifesize, then every hair on your body must be as coarse as a pubic hair and bedbugs would be the #1 cause of death in the world. While bedbugs are much smaller and less dangerous than pictured above, they are still a national problem, and most people are unaware of the rising dilemma they cause. Probably because bedbugs have spent the last hundred or so years grouped with scurvy in the health risk hierarchy. But bedbugs have risen to the task. They've grouped together and decided to become a major pest to global hotels and households.Their bites are a lot like mosquito bites-- they both leave red welts and itch like hell, but while a mosquito is normally pesky only while you're awake and outside, the bedbug infests your most private location and waits until you are defenseless. If a hairy, overweight man forced himself upon you while you were walking home one night, you'd be pissed and fight him off, but what do you do when a whole platoon of lumberjacks is hiding out in your bedroom waiting for you to fall asleep. You freak the fuck out. That's what you do.

The only thing more annoying than the bites is trying to get rid of the bedbugs. They can hide almost anywhere. And unlike the similarly obnoxious cockroaches, they will not fall for any traps. Once these clever girls infiltrate your living space, you're pretty much screwed. They're resilient and almost indestructible. Only pesticides strong enough to kill an eagle are effective against the bugs, and since DDT has been outlawed, both eagles and bedbugs are able to live freely. Hopefully there will come a day when both are eradicated, but for now, you're on your own.

Ridding yourself of the bedbug begins by destroying all contaminated goods. Gather up your sheets, pillows, mattress, cushions and couches, beanbags, and clothes. Pry up your carpet, roll up any rugs, and pull down the curtains. Rip any baseboards or paneling, and collect all wooden furniture. Gather your books, photographs, diploma (?), and any old love letters (??.) Place the goods in your front yard. Ignite. The bonfire should consume the majority of your belongings and maybe a few of the bedbugs as well. If the flame does not reach the second floor of your house, throw more gasoline. The huge fire will make people think you have a lot of things to burn-- you don't want people to think you don't own anything do you? While the fire burns, put 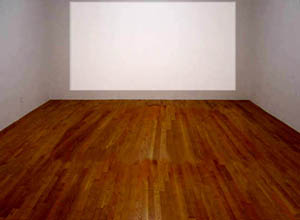 on a robe, snuggy, or whatever clothing is left and perform a voodoo dance for luck from the gods. You'll need it.

Your place, now emptied of all personal belongings, should have bare walls, little or no furniture, and a few remaining electronics. Buddhists believe that you're a little closer to nirvana for ridding yourself of personal belongings, but I think you're one poster of two girls kissing from having your place look like 95% of all college dorm rooms. Now open up a can of Natty and get to work, Brah!