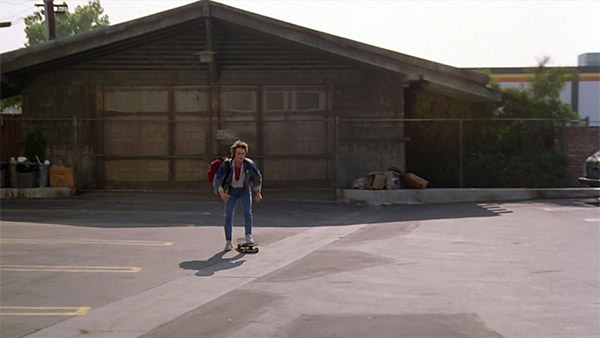 If you've watched Back to the Future on TV, VHS, DVD or Blu-Ray, you may assume the cast of characters only measures somewhere between 2 and 7 inches tall, given the scene. But did you know this isn't the case at all? Director Robert Zemeckis used film to capture the movements of his actors, and the resulting images are sized according to the screen you're watching them on. A series of pictures creating the illusion of movement? Now that's what I call movie magic!