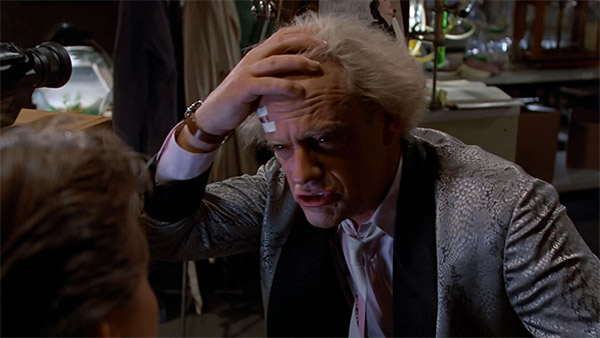 If you've been impressed that the cast of Back to the Future was able to improvise three entire movies with such logically consistent plot lines, you may want to hold off on writing those fan letters to Crispin Glover. Throughout his trilogy, Zemeckis used what's known as a script, which dictates who says what, and at what time. So the whole thing wasn't just made up on the spot? Talk about movie magic!