Arcade Games that Should Not Be.

Monday, Dec 16, 2002 by Emily "Integral" Reigel
Apparently there is some sort of crazy arcade game that goes by the name of Boong Ga Boong Ga. It's made by the Koreans or something (surprise) and is a game in which the entire point is to ram a fake thumb into a fake ass as fast as possible. Here's a picture: 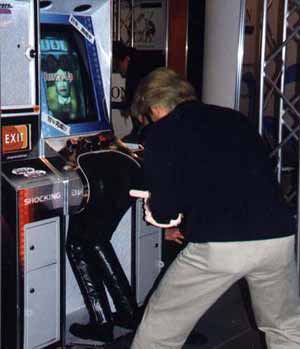 The faster one rams that ole thumb the more points one gets. I don't ever want to see this game in the arcade nor do I want to be associated with anyone who has played it, but it's pretty creepy that there is a market for this stuff on the same planet that I live on. I guess that there is a market for no end of fucked up shit over there so I really shouldn't be surprised at the ass-ramming game. Apparently the characters in the game give very pleasing audio feedback such as moans and screams the faster the thumb pokes into the ass which really do make it sound super-neato to me. Also,the mascot is a turd. Yes, a turd. This thing has been around for a couple of years I guess, but I have just now heard about it and it makes me want to die. Today's Goldmine is sort of along those lines in that it features other arcade games that simply should not be.

The wacky goons of the Something Awful Forums have been on the make again, and this week they bring to you terrible arcade games that we should all be very happy are not real. Judging from Boong Ga Boong Ga, however, anything is possible, so look for at least a few of these to hit the Japanese markets early next Spring sometime. This disaster Started with poster TheChirurgeon and his PantsPantsRevolution Photoshop, and before we knew what had happened there was a cavalcade of terrible games just waiting to be played. Or blown up. One of the two. 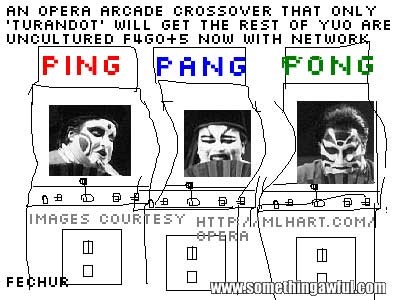 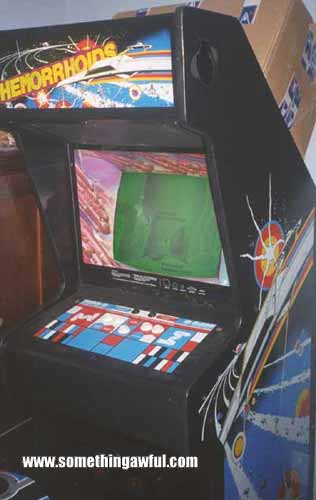 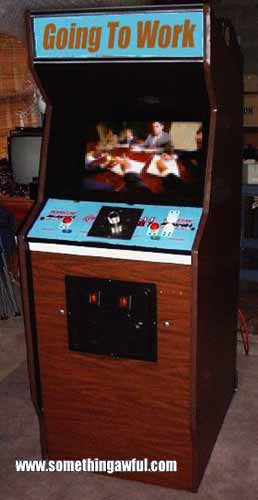 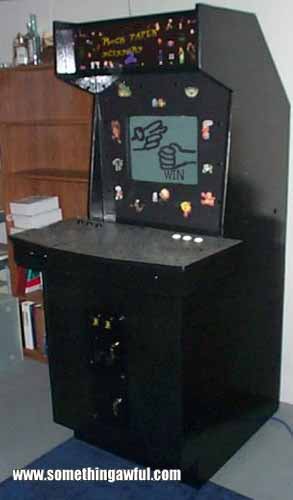 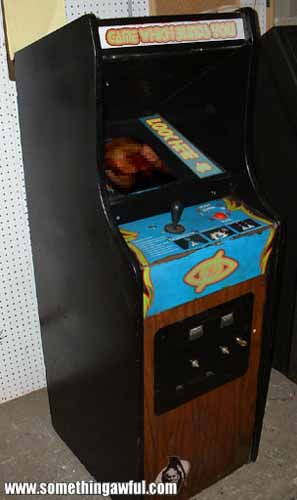 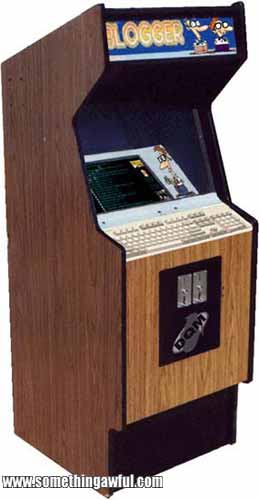