Like anyone who first takes the baby steps out of college and into the real world, a lot of my thoughts lately have involved the questions: why did everything suddenly became so goddamned expensive, and where did all my money go? These questions are the dual pillars of my existence and the twin suns around which my Tatooine of bankruptcy circles. To alleviate this problem, I have taken a second job at a call center catering to celebrities. That last sentence was the only important thing in the paragraph but I couldn't think of a better way to work into it.

The job is very simple. Celebrities of all kinds call with whatever problems they think we can handle and I answer them, often hitting mute and making fun of them to alleviate the boredom. Once I put Tom Cruise on hold for ten minutes while I ate a frozen Snickers bar. Ha ha! That'll show him for making personal decisions that I don't approve of involving his love life and religion!

In any case, because this job has taken up such a large part of my time, I found myself without a Something Awful article on the day it had to be uploaded. So, as an apology, and in order to fill up the space, I am just going to type up a few random call reports I snuck out of work. Please don't tell anyone, I don't think I was supposed to do this. 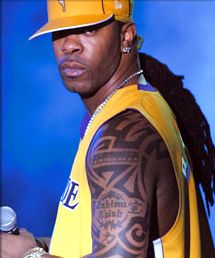 Caller's Initial Disposition: A little high and a little drunk

Call Report: Caller was given standard greeting, but this was ignored. Instead, caller made some kind of animal roar before informing me that any confidential information given during the course of our communication was only to fuck it up just a little for his real niggas. I gave verbal agreement to this arrangement.

At this point, caller relayed certain instructions involving the movement of my neck which I assumed were facetious unless he had murderous intent towards this intake representative. I told him that I had noted the instructions but could not perform any out of procedure actions without review from my supervisors. This was presumably accepted by the caller, since he responded only by shouting "Here we go." and launching into an explanation of his problem.

Unfortunately, the caller was speaking much faster than I could follow for the purposes of resolving any immediate issues. He was, in fact, speaking faster than any caller I've gotten in the eight years I've manned this call center. He was even faster than that one kind of dorky sounding guy who warned me several times that he would be speaking extremely fast before saying "It's been one week," and then talking maybe a little faster than average for about ten seconds. The effort of which reduced him to gasping breathes for a period of several minutes.

In any case, when I informed the caller that he would have to talk slower, he responded by slowing down for a few scattered words here and there, mostly spoken at an extremely inappropriate volume. I managed with some effort to extract the gist of the call, which was that someone had fucked with the caller's Flipmode family ties. I will admit I was relieved to be able to inform him that beefs are handled in a different regional department, and that I would transfer him right away.

Before I did, he asked me to take the recording of the call and bang it out my trunk. I replied that I did not own a car and biked to work. Caller agreed that bike riding was a cleaner form of transportation and a good way to keep the body in shape, and furthermore said that if more people rode bikes we would perhaps be leaving a better world to our children and the children of our children. I would describe the caller's tone here as wistful.

I put through the transfer and advised the other department as to the situation. Caller thanked me then made a loud noise I can best describe as "ah-hoo." Call successfully terminated. 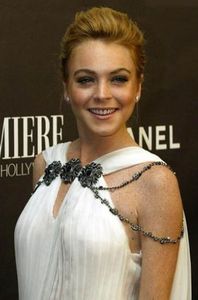 See, I'm just glad that there are some girls like this who are willing to stay curvy in an all too skinny hollywood.

Call Report: Caller introduced herself and asked for help with a make-up problem. I gave the standard disclaimer for this situation and begin reading from the Celebrity Make-up Manual, Section R-14: Transitioning Young Sluts. As she prepared to individually bleach every hair on her body for the fifth time this day, she requested a looks verification procedure. I performed the procedure, telling her that yes, s/he was very beautiful/handsome.

To my bad luck, she made the logical connection between youth and beauty while still on the phone with me and initiated a lengthy poetic dialogue on this subject. The call went on and on as I read off the answers from the Celebrity Introspection Manual, Section L-3: But What Of The Cherry Tree As Spring Fades Into Summer And Finally Cruel Autumn? Here is a sample from this call:

Caller asked me: "Youth is a fading flame, already inches from a driving rain. Is this true?"

I responded, as per protocol: "Youth is the lacy veil on a wedding's day, protecting the sweet innocence it contains, but also constraining its escape into the world of true feelings."

Caller continued: "If only I could live forever, or burn like phoenix and in burning turn back time to drink from that eternal spring of life again."

Me again: "But eternal youth is but another name for stagnation, for age is change and change is another word for life."

Caller: "But what of the cherry tree as spring fades into summer and finally cruel autumn?"

Me: "It gets ugly and no one likes it anymore."

After continuing along in this line for quite some time, she suddenly squealed in a manner that forced temporary removal of my ear piece. "Oh my gawd, Frankie Muniz is here I have to finish getting ready!!!!" she said, before hanging up without so much as a thank you, leaving me to fill out an exception form to explain the hour and a half I spent on the call. Call successfully terminated. 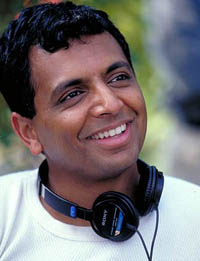 Call Report: Caller contacted me with a request for good Italian restaurants in his area. I acknowledged the request and begin to search through my database. Caller added: "Be sure to pick somewhere that serves martini with a twist of lime." I informed him that I would screen for that. The line had been quiet for approximately 30 seconds as I examined the records when suddenly the caller shouted "SURPRISE!"

As my headset had been turned up to a fairly good volume, the sudden voice caused significant pain to my ears, as well as a severe loss of concentration. Caller just laughed in the following way "Huh huh huh huh!"

"Oh man," he said, "there was no way you could have seen that coming." I asked him if he would like to hear the list of restaurants at that point. "I even put clues to it," the caller continued, "like when I said twist do you remember that? Play the recording of this call back and you'll hear it and just think whoa, why didn't I see that the first time. Hoo boy." Caller then started that annoying laugh again. I informed him that I could wait up to two minutes for him to finish. He laughed for a minute fifty.

The caller finally stopped laughing enough to say "oh man I can't get enough of that" and then hung up without actually receiving any information about the restaurants. This call left me surprised, certainly, but also wondering what the point of it was outside of that single moment of shock, and whether a call based around such a primitive prank had really been worth sitting through. Call successfully terminated.

Ok I was too tired to add a Daily Dirt last night but here is some morning edition dirt for you all.